How to Cut a Cake Using the Doctrine of Sin 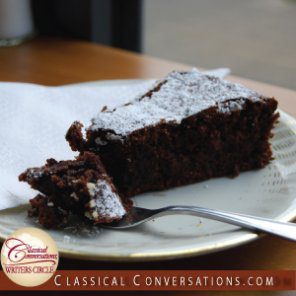 I have run into many people who are not interested in theology because they say it has no practical value. It is all a bunch of theory, but with no practical application. Theology, however, is one of the most practical subjects around, usable in nearly every situation, and it leads to beneficial outcomes nearly every time it is employed.

Christian doctrine is helpful because it tells you the truth about humans and human action in the world. When you know the truth, it can transform the way that you respond to the situation at hand.

Let’s take a practical situation—one which mothers of small children may find themselves in frequently. There is one piece of cake left, and two children walk in, both wanting the piece of cake. What do you do?

Now, you probably already know the answer to this dilemma, but let’s walk through several possibilities and examine why they do not work.

Possibility 1: The mother cuts the cake

Anyone who has been parenting long knows what happens in this situation. The mother cuts the cake, and both children whine because they are certain the other child has the bigger piece. Alternatively, the mother could decide for her children how big of a piece they should get, and, get this, the children probably will not be thankful for her boundless wisdom.

Possibility 2: The older child cuts their own piece first

It would be great if we could rely on our older children to do this wisely—to set an example of restraint and generosity for their siblings. But, of course, what would actually happen is that the older child would likely cut 90% of the cake for themselves, leaving the other 10% for their younger sibling. The younger sibling would cry, and no one would have a good day.

Possibility 3: The younger child cuts their own piece first

This has the same problems as possibility #2, with the difference that the older child will probably just go ahead and steal the larger piece from the younger child, leading to a number of very different problems.

Possibility 4: The child with the most skill cuts their own piece first

It might be tempting to figure out which child is the most masterful at cutting, and let that child cut his piece first. The problem here is that the child will quickly figure out that his unique cutting skill has put him in the control seat for cake-cutting, and will use that to continually gain the advantage.

Now, what do all of these solutions have in common? The problem is that they have all ignored the same problem—the natural selfishness of human beings. Human beings, even those with upstanding morals, tend to be naturally selfish, even if only accidentally. It is easy to fool ourselves into thinking that we are being altruistic, when really we are serving our own interests.

In Christian thinking, this is all wrapped up in the doctrine of sin. The Christian doctrine of sin focuses on what is called original sin. Original sin says that our sin is innate; we were born with it. No matter what we do, we cannot escape our sinful nature. While we may be able to win individual battles on our own, only Christ gives a long-term solution to the human problem of sin.

Therefore, on the doctrine of original sin, these solutions have left out the fact that even though these are sweet, charming, lovable children, they each have an inner selfishness that comes out even when they are not intending it. Therefore, the solution, used by nearly every mother I know, is quite simple—have one child cut the cake, and have the other child choose which piece they eat.

This solution takes the doctrine of original sin seriously. It acknowledges the likelihood that the children will be looking after their own interests, and aligns the interests of the children in such a way that a fair outcome is more likely.

Therefore, theology can be successfully applied in situations as mundane as cutting cake!

Our current culture views Christian doctrine as being self-indulgent or irrelevant, but actually, most of our current laws and customs are historically based on Christian doctrine, with the doctrine of sin being especially useful in matters of law. The three branches of government were set up the way that they are in order that they might each keep each other in check, much like the two children have to keep each other in check when one cuts the cake and the other chooses the first piece. Likewise, in contract law, if you and I enter into a contract that I have written, any ambiguities in the contract will be decided in your favor.

Now these things may seem obvious, but they are only obvious to us because we grew up in a culture with a rich Christian heritage. Other societies and governments have gone with other, non-Christian doctrines of sin throughout history, with problematic results. The communists, for instance, looked at property ownership as being the source of sin. They believed that by removing property ownership, they would remove sin from society (or at least a large part of it). This did not work because that is not where sin is actually located; sin is at the very heart of people. Since they did not correctly identify the source of sin, they were not able to deal with it effectively.

Thus, Christian doctrines, while many view them as esoteric and impotent, actually holds the keys to boundless practical situations. The more we understand them, the better we are able to make them work in our lives and society. Many of the great ideas in our society’s history were undergirded by sound doctrine, and if we want today’s answers to be of similar lasting value, we should do the most practical thing, and found our solutions on good theological doctrine.