How to Study a Latin Verb 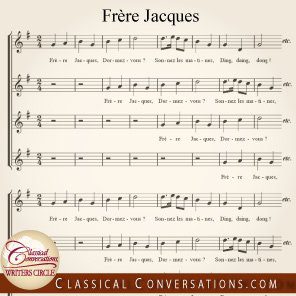 I admit it has been many years since I studied a Latin verb for the first time. However, I recently had the opportunity to work on Greek verbs in the present tense with one of my friends. It reminded me of two things: first, Greek is so much easier to learn after knowing Latin and learning the Greek alphabet and second, one must have a plan in order to study successfully.

Here is how I go about teaching Latin verbs (and also a handout). First, I always start with the English because we always want to start with what they know. I review definitions such as transitive and intransitive, principal parts, tenses, and conjugations of English verbs (I love, you love, he/she/it loves, we love, you all love, they love). Verb persons are always a bit tricky to describe. Students, however, love to discuss point of view in novels and the fact that first person point of view has a narrator in on the action and third person point of view has a narrator who is apart from the action. Principal parts are like verb DNA and show us how we can form every form of the verb (over 300 forms). After I am certain students have a working definition of a verb in English, we move on to Latin.

*m is used for words like sum. Most verbs have –o as their present personal ending.

We sing the endings to the old Mickey Mouse song. You can sing the endings to Frere Jacques or to anything else you want. I strongly believe that students retain more endings if they sing them (they retain anything more readily if they learn it with song). I like to write the endings over and over again while singing the song (as a left-handed person, though, I write from right to left when practicing so as to not smear my writing). Learning these basic endings is the key to learning the verb endings.

After memorizing the endings, we then begin adding them to the present stem of our verbs and practicing the skill over and over. We begin with first conjugations and then work with the other conjugations. Ultimately, your student should be able to conjugate any verb in the present tense without needing to consult their notes.

As students learn each tense’s endings, they should start practicing adding them to Latin verbs and translating them. Finally, they should practice conjugating a verb through all tenses—active voice—at once. Each time, they are cycling through and practicing their skill a bit more in-depth.