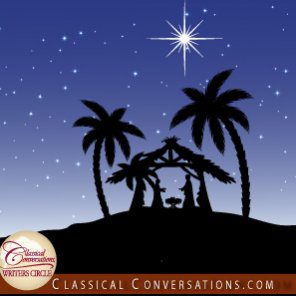 God or no God? It all basically boils down to this question. Many worldviews exist and many philosophies pervade our culture, but they can all be reduced to this single question.

Aristotle, the “Father of Logic,” a product of a pantheistic culture and a skeptic of Greek gods, reasoned that it is logically necessary to believe in one god. Actuality must precede potentiality, he said. For him, this “god” was the primal mover, the unmoved mover. In his book, Metaphysics, he stated that “God is a supreme and eternal living being, so that to God belong life and continuous and eternal duration. For that is what God is.” For Aristotle, a committed materialist, belief in an immaterial god was a logical necessity.

So, perhaps reason tells us there must be a god. For Aristotle, it was an impersonal form of pure thought, but other religions tell us god is a very personal entity. Which is it?

If one looks at that which was made by this god, this unmoved mover, this creator, one can see a never-ending display of evidence that this “god” is continuously involved in his creation. Orbits of man-made objects in space naturally decay. What is it that keeps celestial objects in non-decaying orbits? The idea that behavioral habits of certain animals somehow evolved into inherited traits seems ludicrous. So, how is it that birds can navigate thousands of miles south without maps or, in many cases, without landmarks? How is it that our atmosphere regenerates itself on a daily basis? Why do certain species engage in selfless, socially advantageous behavior which is anathema to self-preservation? How do abscission cells somehow know exactly when to cut off the leaf stem to ensure the leaf drops in the autumn?

Do all these not point to a “god” who is involved continuously in his creation? And if he is involved, is this not indicative of a god who cares intensely for his creation?

Okay, so we have a god who is involved and who cares. Anyone who believes this must also agree that we, as his highest created being, fail miserably at pleasing him. Some believe that rituals or sacrifices or actions will please this “god,” but it should be obvious that we still fail to measure up to his expectations.

Therefore, logically speaking, what is the only potential remedy for this continuous failure to pay the debt for our disobedience? If all human attempts to do this fail, what is left? Only a divine attempt to eradicate these failures remain.

If this god actually decided to do this, how would he do this? Self-sacrifice is perhaps the most humble thing anyone can ever do. So, how should we really expect this sacrificial process to begin? With an incredible, powerful, awe-inspiring entrance into humanity? Or, would it more likely be a humble entrance into this world? Perhaps as a baby, the child of an unwed mother, born in the humblest of settings?

Yes, the babe, the swaddling clothes, the manger, the whole set of humble circumstances would very well be expected.

And yes, while Christmas is the celebration of this unimaginably unlikely event, it is also an event that can be reasonably expected from a God who is logically necessary for the existence of the universe, from a God who is involved in and cares about His creation, and from a just God who demands payment for disobedience. Christmas is at the same time humbling and logically reasonable.

Take time this season to marvel and wonder at the loving, caring, all-powerful, self-sacrificing, reasonable God who humbly sent himself to pay the penalty for our sin against Him.