Is Doubt the Engine of Science? 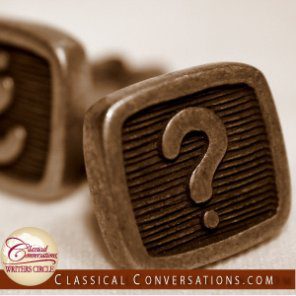 There is a growing trend in the modern era to view doubt as the core value of science. The narrative goes like this: science proceeds by taking everything we think we know and hold dear and doubting it; this doubt is what allows the progress of knowledge. Christopher Hitchens said he was “a skeptic who believes that doubt is the great engine, the great fuel of all inquiry, all discovery, and all innovation.”

Many scientific ideas were unpopular when first proposed. In fact, one issue with new, undeveloped ideas is that they actually do a relatively poor job of explaining the world compared to the old ideas, even when they are more correct. Copernicanism (the idea that the earth moves around the sun) was actually less explanatory than the Ptolemaic, earth-centered system when it was first proposed. It took over a hundred years to get the details right to allow a Copernican view to have better predictive and explanatory power than the Ptolemaic view. One issue, for instance, is that the original Copernican view held that planetary orbits were circular. Once it was discovered that they were elliptical, it made the Copernican view much more predictive.

Imagine what would have happened if those with the insight into Copernicanism were focused on doubt; they would have immediately discarded their own theory because of its lack of explanatory power. Instead, they had faith enough in their own ideas to ensure that they would continue to be heard and developed. It took about two hundred years for the theory to be developed well enough to replace the Ptolemaic system, which required quite a bit of faith in a fledgling idea. Not every idea is worth this kind of faith; nonetheless, most good ideas require the faith of their proponents in their beginning until they are developed enough to stand on their own.

So, where did the idea that doubt is the great engine of science originate?

Well, it turns out that in many cases, when great Christian principles are secularized, they get turned into a passive version of themselves. Think of the golden rule: “Do unto others as you would have others do unto you.” This is an active statement. We are supposed to do something. However, in the modern world, what we often get is the passive version of this principle: “Do not do to others what you would not have them do to you.” The Christian version is active, requires action, and gets things done. The passive version requires no action whatsoever and allows for total passivity.

Similarly, another great Christian value is humility. Humility means putting other people before yourself, listening before you speak, and recognizing your own limitations as a person and as a thinker. I contend that it is humility that is the great engine of science and that doubt is simply the passive, distorted form that humility takes when it is secularized. Under humility, you recognize your own weaknesses and limitations; hence, the need for testing in science. Under humility, you also need to respect others’ points of view, which is what allows us to listen to the views of those we disagree with.

Doubt is purely negative. It only means to cut down what has already been learned after many years. It is destructive and it leads nowhere in particular. Humility, on the other hand, helps put us into a proper position before God and nature, and to reflect on the limitations of our knowledge, our work, and the relative importance of our work to that of others. It gives us the perspective required without preventing the faith that is also required for the long-term development of monumental ideas.