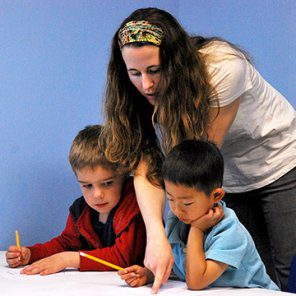 I have a book on my shelf called “Chase’s Calendar of Events”; it’s the bible of special promotions for marketers and a holdover from my newspaper days. It’s published every year and bills itself as “The Ultimate Go-to Guide for Special Days, Weeks and Months,” and “The authority since 1957.” It should be the authority: It’s over 750 pages of commemorative events, historic anniversaries and birthdays of famous people. For instance, did you know that May is National Salad Month, National Good Car-keeping Month, Ultraviolet Awareness Month and National Food Drive for Homeless Animals Month? I didn’t—until I looked in Chase’s. I also found out that May is Home Schooling Awareness Month. Did you know that?

The brief entry for Home Schooling Awareness Month reads: “May 1-31. Promoted since 2010 to bring awareness to the general population and to parents of school-age children about the benefits of homeschooling.” Then it lists some contact information and a website URL: www.homeschoolingawarenessmonth.com. That homemade website contains some basic information about homeschooling, some quotes and a whole lot of links, some about homeschooling, and a lot that are not. The website looks like it hasn’t been updated in quite some time. I wasn’t aware of Home Schooling Awareness Month, were you?

That led me to think about when I first became aware of homeschooling. I grew up in New England and attended five different public schools, a Christian day school and a Christian boarding school. During that whole time, I don’t think I ever met someone who was homeschooled, other than some missionary kids whose parents had taken them into the jungle. Even when I went to a Christian college, I don’t remember anyone being homeschooled, other than those said same missionary kids. I studied to be a high school history teacher and learned all about why teaching was best left to the professionals and children’s desperate need for socialization in age-segregated groups. I ultimately became a newspaper reporter instead of teaching, and that is when I got to meet my first voluntary homeschoolers.

The older sister of a high school friend of mine contacted me and said that she and a few friends of hers were doing a new thing: teaching their children themselves—at home! Betty Ruth wanted me to write a story about this new thing called homeschooling. I was intrigued but concerned that I might get my friend’s sister in trouble—was this even legal? Betty Ruth was pretty sure it was legal for the parents of younger children, particularly if they had a college degree, but high school was kind of a gray area; it didn’t appear to be expressly forbidden, but then there wasn’t anything saying it was legal, either. This was the mid ’80s in Tennessee—land of the free and home of the brave—but even here most homeschooling parents of high schoolers adopted a don’t ask, don’t tell strategy.

I asked Betty Ruth, who had a college education, was well-dressed and had all her own teeth, the standard questions that you all are familiar with: “How can a child learn effectively if the parent doesn’t have a degree in education?” And, of course, “what about socialization?” Rather than answer my questions directly, she wanted to drive me around to her friends’ homes and have me interview them and their children. I agreed but secretly wondered if the story might not be the lack of learning taking place, that I would be interviewing stern, monosyllabic mothers with a dozen children hiding behind their mothers’ denim jumpers.

As you might have guessed, what I found was very much the opposite. I met moms who were fully engaged in their children’s education and passionate about homeschooling. I met a mom who was a very successful real estate broker and had taught her son to read after the public school had given up on him. His school was a table in his mom’s busy office. Another mom was teaching her junior high daughter calculus and had assembled a chemistry lab in her basement that was better equipped than our local high school’s lab. Her daughter’s science fair project on string theory placed at the state competition. I didn’t even know what string theory was back then! I saw an 8-year-old girl teaching her 4-year-old sister to read, patiently helping her sound out words, and a 10-year-old boy reading the encyclopedia for fun. And these kids would actually talk to me! They were able to answer my questions with complete sentences, and I even held stimulating conversations with a couple of them.

That was 30 years ago. Now homeschooling is completely legal, if somewhat regulated, in all 50 states, and estimates of the number of homeschooled children range from 2 to 4 million. Homeschoolers are accepted at every university in the country, and Ivy League schools like Harvard and Yale actively recruit top homeschool students. Based in large part on my extremely positive interactions with those homeschoolers I had met earlier, my wife and I committed, one year at a time, to homeschool our four children. Twenty-two years of homeschooling later, our two oldest sons are married, have graduated from college and are in graduate school, our daughter is a college senior and headed to graduate school and our youngest son is in Challenge IV and headed to college.

Homeschooling was hard, no question about it. There were days when my wife was about five minutes away from putting them all in school or killing them, and it wouldn’t have mattered much which. But our God is good, and from the beginning he has been accomplishing his plan through families. For the past seven years, Classical Conversations has been a wonderful companion on our homeschool journey, and in spite of our lack of faith, our lack of diligence and our lack of patience, God has blessed our journey, and he will bless yours too.

Back to Home Schooling Awareness Month. I didn’t know about homeschooling until Betty Ruth introduced me to homeschoolers. It wasn’t the facts about homeschooling that sold me—that homeschoolers score 25-30 points higher on standardized achievement tests than public school students or that homeschool students have a higher success rate in college—it was the people, the moms and the kids, that sold me. I will be forever grateful to Betty Ruth for introducing me to homeschooling; she impacted my life and the lives of my family for generations to come. I encourage each of us to impact the lives of other families during Home Schooling Awareness Month (what’s left of it)—and every month. Introduce yourselves and your children to people who still believe that teaching is best left to the professionals and that children must be socialized in age-segregated groups in order to be healthy and happy. You will be surprised how many lives you can change.