Math and the Nature of Reality 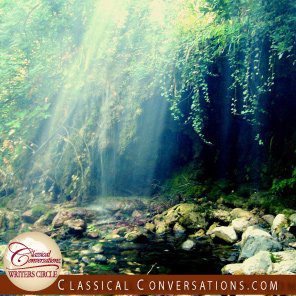 It is easy to be deceived about the true nature of both math and reality based on elementary mathematics. When we are young, we look into very simple mathematical operations: counting, addition, subtraction. It is interesting that in these first operations we learn that there are no exceptions and no strange cases. Any number can be added to any other number and it works exactly the same. Addition is commutative (the two addends can be swapped) and associative (it does not matter what order you do it in). Thus, addition is simple, flexible, and reversible. Subtraction is slightly harder as the order of operations starts to matter, but it remains true that any number can be subtracted from any other number. Multiplication is more complicated, but everything still works.

The first inkling we get that mathematics is not the perfect beauty that we imagine it to be is in division. It turns out we can divide any number by any other number, except zero. Here we have the first exception to a methodology; the first instance in which the numbers simply do not work, but we treat dividing by zero as a radical outlier.

Similarly, in the textbooks every problem is set to finish with round numbers, every problem has an answer, and every problem follows the formula given in the book. For the purposes of teaching the subject, this works really, really well. If we were to introduce more ambiguities, the students would not be able to learn. Unfortunately, though, I think that when students are confronted with these smooth, simplistic graphs and these always-works-perfectly formulas every day of their school career, they start to have the expectation that both mathematics and reality work this way.

This is a dangerous mindset and it is unbiblical. The world as we know it is not like the smooth graphs of elementary school education. However, such graphs do not just lead the unlearned in their thoughts on how the world works, but the academic community, as well. In the 1800s, bolstered by how well the smooth, predictable graphs and functions were working for solving real-world problems, many mathematicians believed that, given the right set of starting points (known as axioms), all of mathematics could be deducible using basic logic. The effort to do that was led by the eminent mathematician David Hilbert, who made such considerable progress in his efforts that people thought success was inevitable. In fact, this led to a movement in linguistics and philosophy known as logical positivism, which carried this rigid assertion that all truths are directly deducible from logic to all of language and thought.

So think about this: do poems follow rigid logical forms? How about allegories? What about irony? These are all forms of thought which contain truth, but do not lend themselves to the analyses of formal logic and mathematics. Nonetheless, logical positivism became one of the most powerful driving forces in modern philosophy. And with it, came the death of many of the deeper forms of human thought in academics and, to a lesser extent, society as a whole.

One of the things I mentioned earlier was the fact that most of the functions we study are continuous; in other words, there is a continual, unbroken progression from one part of the graph to another. Stated concretely, you can draw the whole graph without picking up your pencil. After seeing continuous function after continuous function, we might accidentally start to think that this is the way mathematics—and also reality—is supposed to work. Perhaps it actually does work this way on a normal basis, but it does not always work this way. In fact, Scripture gives us warnings about this. 2 Peter 3:3-7 says,

Above all, you must understand that in the last days scoffers will come, scoffing and following their own evil desires. They will say, “Where is this ‘coming’ he promised? Ever since our ancestors died, everything goes on as it has since the beginning of creation.” But they deliberately forget that long ago by God’s word the heavens came into being and the earth was formed out of water and by water. By these waters also the world of that time was deluged and destroyed. By the same word the present heavens and earth are reserved for fire, being kept for the day of judgment and destruction of the ungodly. (NIV)

In more advanced math, starting in calculus and even more so as you go beyond calculus, mathematics stops having the air of certainty. Nice, packaged solutions become fewer and further between. Functions which have no solutions, multiple solutions, or strange and bizarre solutions become much more common. We start to realize that the universe really is a mystery, and as soon as we think we almost have it nailed down, someone like Kurt Gödel comes along and shows us that all of our pretensions are false.

In all, we should be conscious that the easy, straightforward ways which we apply math in fundamental mathematics is not the whole story of either mathematics or reality. God’s creation is much more interesting and surprising than our standard mathematical tools suggest. In addition, God’s action in it is not limited by any mathematical formalism at all. Thus, while we should be glad that our textbook authors come up with nice, workable problems for us to practice with, we should always keep in mind that reality rarely gives us such well-behaved circumstances. Treating reality as if it were a continuous function of time puts us in the seat of the scoffers rather than among the ranks of the godly.