Math for Fun: How to Count to Infinity 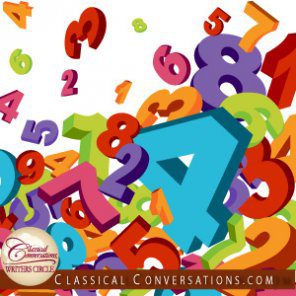 Infinity is one of those mathematical concepts that seem to befuddle everyone. It is simultaneously easy to understand, but hard to grasp. What is infinity, how do we use it, and why is it important?

First of all, infinity is not really a number; it is more of a concept. It means that a set has no boundaries. The set of all integers (i.e., counting numbers) has no boundary. In other words, if you dream up a very large number, there will always be some other number that is larger than that number. There is no integer called “infinity,” but we say that the set of all of the integers is infinite because it has no boundary.

Normally, when we compare the sizes of two sets, we count them. Let us say that I have a herd of cows and you have a herd of cows, and we want to know who has the most cows. Normally, this is solved by counting and then comparing the results. However, let us think back to a time before we had numbers. How would I know for sure that I had more cows than you if I could not count them? We would create a gate, and run our cows through the gate two at a time, one of mine paired with one of yours. Whoever runs out of cows first has fewer cows. Likewise, if we both run out of cows at the same time, we have the same number of cows.

This same method can be used to count infinities. If I can create a procedure which exactly pairs one infinite set to another one, then the two infinities are the same size. If no pairing function exists, then they are different sizes. This method works, but leads to some very surprising results. When determining whether or not a set is the same size as the set of all integers, if we can make a direct assignment between all integers and all members of the other set, they are equal.

However, the set of real numbers is actually larger than the set of integers. In other words, there is no numbering system which pairs an integer to real numbers that includes all real numbers. The proof for this is outside the scope of this article, but it is an interesting point nonetheless. The size (also called cardinality) of an infinite set is classified according to what are called aleph numbers. The set of all integers is of size aleph zero (also known as a countable infinity), and the set of real numbers is of size aleph one (also known as an uncountable infinity).

This may seem very obscure, but many of the founders of these techniques found deep significance—even theological significance—in what they were doing. Georg Cantor is responsible for most of the fundamental breakthroughs in understanding infinity. Prior to Cantor, most mathematicians only allowed countable numbers into their ideas and proofs about mathematics. However, Cantor showed that the infinite was just as real and legitimate within mathematics as the finite.

Cantor himself viewed infinity as a gateway to thinking about the world spiritually, and he was eager to combine philosophy and theology with mathematics using his ideas regarding the infinite. Cantor used mathematics to show that infinity was just as foundational as any other concept. My hope is that eventually Cantor’s approach to infinity will inspire us to look for spiritual principles at the core of every discipline which are just as foundational as the others.

1. For more interesting ideas regarding infinite sets, you should check out the parable of Hilbert’s Hotel. You can read more about it here:  http://en.wikipedia.org/wiki/Hilbert%27s_paradox_of_the_Grand_Hotel

2. The proof for why the real numbers are more numerous than the integers is called the diagonalization argument. You can read more about diagonalization here: http://www.cs.virginia.edu/~lat7h/blog/posts/124.html

3. There is a great documentary video dealing with many of these advances in mathematics called Dangerous Knowledge, with the title coming from the fact that many of the pioneers of infinity were driven insane, probably by their research. You can find the documentary online, but I will not post a link because I am unsure of the legitimate source of the video.

4. For more information on using the concept of infinity, check out my previous article on seeing to infinity: https://classicalconversations.com/easyblog/the-mathematics-of-theology-seeing-to-infinity