Memorizing Multiplication Facts through an Experience that Promotes Understanding 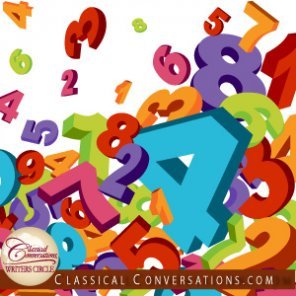 Posted by Andrew Elizalde on Wednesday, 23 March, 2011 in

Young minds are capable of memorizing answers to questions presented in predictable forms. Certainly, this capacity to memorize is something to take advantage of at the earliest stages of a child’s cognitive development, but rote memorization need not be the first and only step in acquiring the ability to quickly determine the product of two numbers.

Memorization happens through experience and over intervals of time. Limiting this experience to fact recitation or card flipping will produce students who know answers to questions they recognize but do not understand. Knowing that “thirty” follows the prompt “five times six equals” and knowing that 30 is the number that appears below the 5 and 6 on a flash card is no more meaningful than knowing that “hooray” follows “hip-hip” and that you will see a “yawning yellow yak” on the next page of the children’s book you have read one hundred times before. It is very possible for a child to answer “thirty” and have no idea that they have just counted the number of objects in five rows of six, determined the sum 6 + 6 + 6 + 6 + 6, or calculated the area of a 5 by 6 unit rectangle.

I would like to propose an alternative to the deck of flash cards that some of you may have sitting on your shelf, a learning experience designed to promote an enduring understanding of multiplication while simultaneously helping your child memorize multiplication facts. All you need is an open table and a set of wooden cubes / blocks.

Let us replace the 5×6 flash card with the following experience:

A child counts the total number of blocks in an arrangement of 5 rows of 6. As she touches each block with her forefinger she counts aloud, “one, two, three… twenty-eight, twenty-nine, thirty.” Then she counts the number of blocks a second time, still touching each block with her forefinger, but saying only the last number of each row aloud, “six, twelve, eighteen, twenty-four, thirty.”

Finally the rows are pushed together to form one 5 by 6 rectangular solid. Viewing this new rectangle the child says aloud “five times six is equal to thirty.” This multiplication fact is recorded on a piece of paper in the symbolic form 5×6=30, arranged horizontally and/or vertically.

Now suppose that this process is preceded and followed by a similar series of activities and recorded in the form of a one-page compilation of the following multiplication facts: 2×6, 3×6, 4×6, 5×6, 6×6, 7×6, 8×6, 9×6, 10×6, 11×6, and 12×6. Each fact on the page represents an arrangement of cubes on the table and a corresponding series of visual, kinesthetic, and auditory activities. Note that adding the fact 1×6=6 to this compilation can be accomplished by engaging the child with the question, “How many blocks are there in one row of six?” Adding the fact 0×6=0 to the compilation can be accomplished by making the observation that, “If zero or no rows of six are on the table then there are no blocks on the table to be counted.”

A skip-counting-by-sixes jingle can now function as the soundtrack to your child’s experience – an answer key to the multiplication problems appearing on the page. Yet should your child ever forget the answer to a multiplication problem she will not be paralyzed by dependence upon forgotten song lyrics or an inability to recall the image that once appeared on the bottom of a flash card. Instead, she may be encouraged to return to a set of wooden blocks arranged upon your table.

Let me challenge you to create learning experiences like the one that I have described in order to afford your child the opportunity to understand arithmetic processes while memorizing corresponding sets of mathematical facts.