Only the Lover Sings 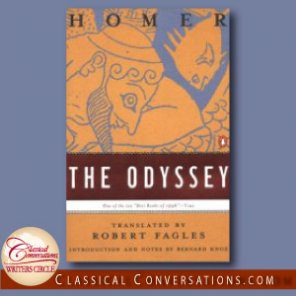 When I read my beloved Odyssey, which I seem, finally, to have learned how to read on its own terms, I find myself filled with admiration at the almost miraculous creativity of Homer and Odysseus, of Athene and Demodokos and Hephaistos, and (maybe my favorite) of Penelope.

At one point, Homer describes Athene’s artistry as she gilds Odysseus. He says that it is,

as when a master craftsman overlays gold on silver,
and he is one who was taught by Hephaistos and Pallas Athene
in art complete, and grace is on every work he finishes,
so Athene gilded [Odysseus’] head and his shoulders.

I do not know what to admire more: Homer’s own craftsmanship, the mastery of Hephaistos (who taught the anonymous master craftsman that makes up Homer’s simile), Pallas Athene (who is transforming Odysseus), or Odysseus (Athene’s artifact, gilded with grace).

There is a young girl nearby, Nausikaa, a princess of the island on which Odysseus washed up the night before, naked and ruined by the sea. Homer tells us that Odysseus, “…went a little aside and sat by himself on the seashore, radiant in grace and good looks; and the girl admired him.”

She turns to her friends, and tells them,

A while ago he seemed an unpromising man to me. Now
he even resembles one of the gods…

He is a stranger to Nausikaa, but he has conducted himself with discretion, honor, reserve, and dignity. She, a princess, begins to entertain thoughts of marrying him. Only, he is in a hurry to get home to his wife—herself admirable of stature—for whom he turned down immortality and marriage to a goddess.

But he needs convoy home, so he goes to the palace of the great king of the island, Alkinoos. If you have a copy of the Odyssey, go to Book VII and read lines 82 to 135 (in the Lattimore translation or the original; other translations might not have the same line numbers). Odysseus has just arrived at the palace and this much-enduring man in a hurry stops and looks.

Odysseus came to the famous house of Alkinoos, but the heart pondered much in him as he stood before coming to the bronze threshold.

And then Homer chants a loving description of this fairy tale palace and the orchards and gardens that surround it. For fifty lovely, elegant lines he sings, ending with these words:

Such are the glorious gifts of the gods at the house of Alkinoos.
And there long-suffering great Odysseus stopped still and admired it.
But when his mind was done with all admiration, lightly
he stepped over the threshold and went on into the palace.

I think Homer is the greatest poet who ever sang because he had a capacity for admiration that was refined to a pitch of perfection.

It is as St. Augustine said, “Only the lover sings.”