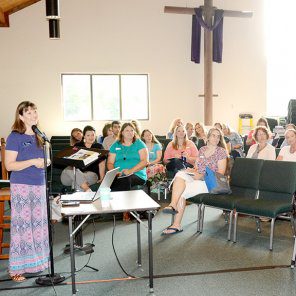 Classical Conversations’ Parent Practicums come in all shapes and sizes and never more so than this year. Every state had at least one Practicum with the exception of Rhode Island.

Classical Conversations held 567 Practicums this year, up slightly over 2017, with a few Practicums still to come in the Southern Hemisphere where the school year doesn’t start until January. CC held a dozen Practicums overseas this year.

Classical Conversations now has 124,000 students enrolled in its tutoring programs, which are provided by 2,500 CC communities in all 50 states and 22 foreign countries. Classical Conversations empowers homeschooling parents and establishes classical, Christian communities that equip children with a biblical worldview and the classical tools of learning in order to impact the world for God’s glory.