Really? You Did That in Math Class? 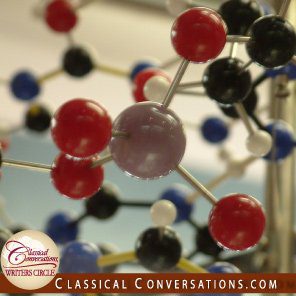 Yes, we really did. Stay with me…

In 1995, Denis John Adams was convicted for sexual assault. The odds against him, regarding a DNA match, were one in 2,000,000. This meant that jurors were two million times more likely to observe the evidence if Adams were guilty than if he were innocent. Based on these odds, he was convicted.

The point I am trying to make here is not how accurate DNA odds are, but rather to show that we, as a culture, put muchcredence in statistics. We believe them….and for good reason! We have sentenced criminals to death and we have exonerated people from death row based on our trust in statistics, in the odds.

Now, back to math class. We were discussing mathematical permutations and trying to see what the odds would be for the following problem: Assuming all eleven letters are present, what are the odds that shaking them up and pouring them out on the ground would result in the correctly-spelled word “mississippi”? The answer? Nearly one in forty million

Compare this to the DNA odds in the court case. We are willing to convict a man based on odds of one in 2 x 106. Surely, the chance that someone else could be guilty of that crime is so small that it would never happen. Are we, then, willing to believe that the word “mississippi” could form itself, even though the odds are so incredibly small? Perhaps given enough time….

How small are those odds? Well, again, we must get an idea how big the denominator is. Consider the average human hair. Stacking 8.7 x 1036 human hairs on top of one another would reach from earth to our nearest nonsolar star, Alpha Centauri,and back 9,415 trillion times! Surely we could never expect to spell out “mississippi” by randomly dumping letters on the floor! Or maybe we could…given enough time…

What would happen, then, if we assumed we had four full alphabets in our bucket? The odds shrink to one in 1.03 x 10166. Again, we see that these odds are ridiculously small based on the fact that the denominator is so vastly huge (1.03 x 10166represents a number that is much, much larger than the estimated number of molecules in the entire known universe). What if we then added into our bucket one set of numbers (zero through nine)? Odds now become one in 2.54 x 10186. These odds are more than 6,000 times smaller than the previous odds. Could it happen? Could we get “mississippi” out of this? Perhaps given enough time…

Now, without subjecting you to more numbers, let’s make the assumptions a little more realistic. So far, we have assumed all the letters were lower case. What if some were upper case? Up to this point, we have been assuming that all the letters will fall in a straight line (versus a jumbled pile). And, we have been assuming that all the required letters to make our word were in the bowl. Remove these assumptions and the odds become astronomically (unbelievably) small. So small, in fact, that I daresay any scientist in the world would agree that we would never, ever be successful in spelling “mississippi.”

Let us now apply similar mathematical odds to the idea that life formed itself—that a bunch of chemicals formed themselves into a linear chain, creating the first amino acid. Even if this did occur, what are the odds you would have a living chain of amino acids (after all, a living mouse side-by-side with a dead mouse both have the exact same ingredients). Let’s assume this also happened. Now, the living, evolved amino acid might exist for a few seconds before perishing. In other words, other parts of the cell would have to evolve simultaneously, in the same location to provide living quarters to the amino acid. Again, assume it happened, despite the odds. Now, we have a single evolved cell. How long does it last before it starves? What do the odds become if we assume that the cell evolves with a successful way to replicate itself before it dies? And if it does not, the whole process has to start over from scratch. Could all these things have happened? Perhaps given enough time…

That is the standard answer from our evolutionary friends, who say that the universe is fourteen billion years old. However, when we realize that fourteen billion years equates to 4.4 x 1017 seconds, we see that even if life attempted to form itself once every second since the beginning of evolutionary time, the odds are still miserably, incomprehensibly, and unbelievably remote.

I am sorry, were we supposed to be doing math? Funny how a discussion of permutations can lead to deep philosophical and theological truths.

Math points to its Creator. It demonstrates His invisible characteristics: it is factual, it is always present, it has no beginning and no end, it has absolute truths—right answers and wrong answers, it is never changing, and—for many students—it is incomprehensible!

Math does not lie and neither do the statistics. Should we believe what we are being taught by the culture regarding our origins? Do the math and then decide!