Shakespeare’s Language and the Evolution of Human Intelligence 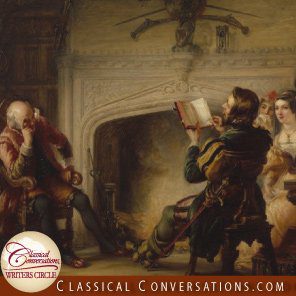 Categories
Classical Christian Education
I was watching a bit of Brannagh’s Hamlet tonight and luxuriating in the language (some of which I understood) when my dear wife asked for my opinion: “Do you think the groundlings actually understood what was going on in those plays?”

I said I thought they did (that is probably a subject for another article).

Then she asked for another opinion: “Why do you think people today can’t understand it?”

I must warn you, I am about to say something that will sound caustic. You probably want to cover your children’s ears while you read this.

The reason we cannot understand Shakespeare or read the King James Version of the Bible or grapple with Milton or almost any poetry is because we systematically school children in our culture to become increasingly stupid. Charlotte Mason uses the term “stultify” to describe what we do.

I understand that sounds very harsh, so I need to defend the position.

First let me say that this problem is systemic and cannot be blamed on any particular teacher or parent. Those who govern American education at the highest level are highly irresponsible, do not understand the effect of systems on education, and bear primary responsibility for this folly. In addition, text book publishers have profited immeasurably from poor theory, so they bear high responsibility as well.

What then is the problem?

The notion of a child as a mechanism learning a process arises from Dewey’s theory of instrumentalism or pragmatism, which I have not the time to develop right now, but there are scads of resources explaining it on the internet. In short, it reduces humans to mechanisms, knowledge to a process, and learning to a technique. The person is displaced.

However, to read is not simply to decode symbols (i.e., sound out letters or translate pictures into words). To read is to be a person interacting with ideas (usually embodied in metaphors, and sometimes, for older people, expressed as abstractions). That is what preschool children do when you read a fairy tale to them while they sit on your lap.

The preschool child handles complex syntax with little trouble. He cuts through it to the tensions, questions, and actions of the main actors. It is a human instinct to do so. Then we take them to school and we only let them read what they can sound out. In fact, and this is the fatal mistake, even the books we read to them have to be at what we call “their level” by which we mean what they can sound out.

This is silly. Children can understand and interpret texts far beyond anything they can sound out, but Victorian cuteness and sentimentality have overtaken the classroom and the child’s mind and moral development suffer for it.

As a result, we undercut the development of the child’s mind by interfering with it. In kindergarten we limit our oral reading to texts with a syntax no moron would need by the time he is three. See Dick Run! Why? Why would I want to see Dick run when I can listen to something like this:

What a piece of work is a man, how noble in reason, how infinite in faculties, in form and movement how express and admirable; in action how like an angel, in apprehension how like a god: the beauty of the world, the paragon of animals. (from Shakespeare’s Hamlet)

When my child is twelve, what good will it have done him to have had to read something as inane, as jejune, as ridiculous, as empty, as stultifying, as stupidifying, as “see Dick run”? On the other hand, the passage above will feed the child’s soul to the day he dies. It will help him know who he is, his place in the cosmos, his likeness to God, his obligations. It will provide comfort in dark hours.

When he begins to learn formal writing skills, it will sing in his mind as an ideal to be sought for. It will provide examples of schemes and tropes. It will provide a sequence of perfect word choice.

In short, these two lines from Hamlet will feed his soul from the day they are first read to him through his later encounters with the play in high school through the trials and tests of adulthood (for which, after all, an education is meant to prepare a child—unless we look to Professor Umbridge as our model), to the day he lies on his bed or goes into battle, ready to meet his Maker.

See Dick run. I would rather not.

The consequence of our folly is that we habituate students to read and write at absurdly low levels. Then, to top it off, we sentimentalize what they read, fearing that they cannot deal with monsters and werewolves.

In all these ways we truly dis-educate our children by teaching them.

What should we do if we want to cultivate our children’s intelligence and moral development (and yes, they go hand in hand)? 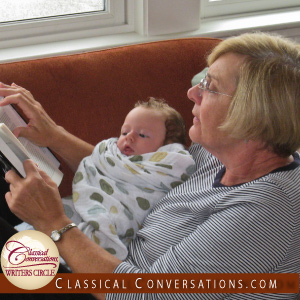 We should read to them works that they cannot understand. We should read rich metaphorical works, like fairy tales, folk tales, fables, mythology, legends, and Bible stories. We should not ask them to analyze them. We should just read them. We can discuss them in personal ways, but to transfer this personal activity into an intellectual exercise before second or third grade is counterproductive.

We should teach children to decode phonograms, but we should not convince ourselves that this is reading. It is a very different intellectual exercise that prepares children for reading, but they do more reading with their ears than with their eyes when they are learning to decode.

Most of all, we should never forget that we are teaching persons, not mechanisms that need to master a process for efficient operations.