Spirit Week Devotional: To the Poor in Spirit 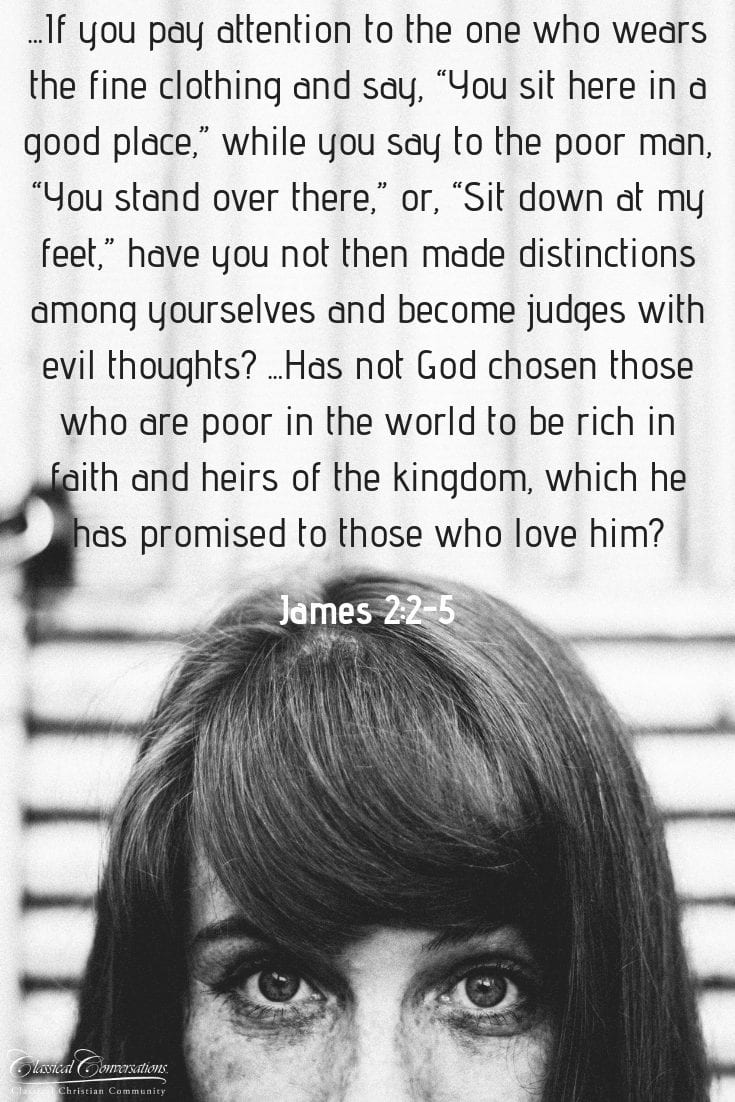 “My brothers, show no partiality as you hold the faith in our Lord Jesus Christ, the Lord of glory. For if a man wearing a gold ring and fine clothing comes into your assembly, and a poor man in shabby clothing also comes in, and if you pay attention to the one who wears the fine clothing and say, “You sit here in a good place,” while you say to the poor man, “You stand over there,” or, “Sit down at my feet,” have you not then made distinctions among yourselves and become judges with evil thoughts? Listen, my beloved brothers, has not God chosen those who are poor in the world to be rich in faith and heirs of the kingdom, which he has promised to those who love him?”  – James 2:1-5

Finally, it’s the Crazy Hair Day of Spirit Week! At last, we’ll all be on the same level when we meet up together with frizzy hair, potentially sporting bits of children’s cereal for extra style points. It’s a day where you don’t have to feel pressured to make your daughter brush her hair or fix your son’s bed-head to avoid the judging stares of others.

But even on rough days when you’re barely able to get everyone out the door looking halfway presentable, remember, God has chosen those who are poor in the world to be rich in faith and the heirs of His kingdom. That’s right, God doesn’t look for those folks who have their lives all together. He doesn’t just populate His kingdom with the beauty queens—He goes for the beautiful messes. He doesn’t limit His grace to the model parents, He gives it to those who are struggling.

Next time you feel like you’re being met with disapproving stares, let it be fuel for good rather than hurt or bitterness. Remember that the God of the universe gives you love and grace, even at your worst. Then from there, show no partiality as you seek out someone to reflect that grace and love to.