Sports: The Open Door for Government Control of Homeschooling in America 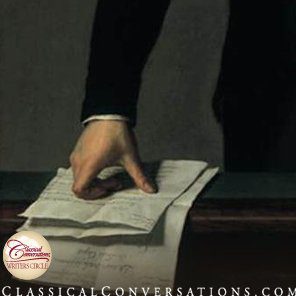 Some people believe the “Tebow Laws,” which are being proposed in various states, are a positive advancement for homeschooling. However, I believe homeschoolers should seriously consider the following perspective: although it is, perhaps, mostly like-minded friends who are pushing these “Tebow Laws” through their state legislatures, these laws are likely to have negative consequences for homeschoolers.

“We pay taxes; we should have access to the sports and the fields we pay for.” This is one of the primary arguments voiced in favor of such laws. Conservatives tend to be in favor of these laws. Liberals are generally against them.

“The resounding cry from our members” was that they should not support the bill, said Barbara Coyle, executive director of the Virginia School Boards Association. Liability for the schools and accountability were the big sticking points, she said. Members wondered how they could ensure that grading standards would be comparable for home-schoolers and public school students.

Home-school advocates argue that they are required by Virginia law to document academic progress, and the bill spells out eligibility requirements, such as two consecutive years of home-schooling, before students can try out for teams.(Svrluga, Susan. “Education.” washingtonpost.com.The Washington Post, 3 February 2013)

Looking forward into the future and considering the consequences of the passage of such laws, it seems likely that those in power will seek to find a way to ensure that homeschool students function under the same grading standards and are required to learn the same material as public school students in order to participate in sports. The people advocating for these laws do not seem to understand that if they can change the law to allow homeschool students to play in the public school leagues, then someone else will use the opportunity to try to change the laws concerning what homeschoolers are required to learn and how they go about it. First, new standards will be imposed only on those homeschoolers who are playing sports. Once there is a system in place to monitor the participating homeschoolers, “the powers that be” will likely apply the standards of the system to the homeschoolers who are not involved in sports.

In fact, South Carolina Democrats and Republicans recently introduced such a bill, not even one year after passing a law that will allow homeschoolers to play sports in that state. This came to my attention after I wrote the first draft of this article. The passage of this bill would generate additional funds for Classical Conversations, but we will fight it tooth and nail because the bill will damage homeschoolers.

Where does it appear in the Constitution that the state should pay for extracurricular activities? Each state is different—perhaps this allowance is included in some state constitutions—but I cannot imagine that our Founding Fathers would have supported this as a good use of American tax dollars.

Potentially, playing football is extremely dangerous because of the risk of brain injury. I question why our public dollars are even paying for the “minor leagues” of the NFL, a billion dollar industry that could easily afford to support the development of the game itself, without the need to utilize tax dollars.

Homeschoolers have a variety of options for almost every other sport; in fact, public school basketball and baseball take a back seat to the Amateur Athletic Union’s version of the games. If your child excels at these sports, you may be recruited by these coaches, not through your local high school. Additionally, if you want to play a contact sport, high school rugby is always an option (usarugby.org), and it is much safer than football and not as closely tied to public money.