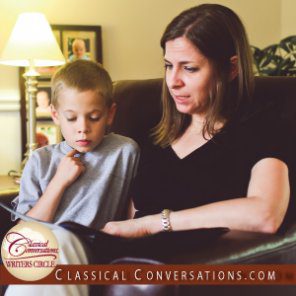 This year, we will start the year by talking about the benefits of reading aloud as a family. In preparation for these conversations, we wanted to share some Classical Conversations staff favorites.

Shorter Stories: read before nap time; as a reward after a job well done; when a child just needs some snuggle time; with a snack; to start the morning. These are excellent for starting discussions about characters, plot, setting, language, and choices that all members of the family can participate in.

Longer books: read one chapter a day in the morning or before bed; read straight through on a sick day or during a trip; have older children take turns reading a chapter to the family; read while children do quiet activities (coloring, crocheting, playing with blocks, trains, or Legos); read a chapter outside on a beautiful day; read a chapter with a snack; read while mom or children are doing chores to make the time pass pleasantly.

As you begin your planning, we thought you might want to see what some of us are reading with our families to kick off a new year: