The Benefit of the Classics for Youth 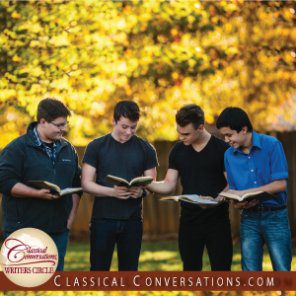 Remakes are wildly popular. This is true for the viewers, as well as the producers, of both books and movies. How many Batmans have there been? Spidermans? Even Homer’s Odyssey was remade as O Brother, Where Art Thou? Glenn Beck rewrote Thomas Paine’s classic, Common Sense, as a treatise of liberty for modern readers. To be frank, I am feeling left out; I want in on the remake action. With that in mind I turn my attention to Saint Basil, a fourth century Christian saint. He gave an address entitled, “Address To Young Men On How They Might Derive Benefit From Greek Literature.” This is my attempt to rewrite his address for modern readers.

It is said that, “The Scriptures are shallow enough for a babe to come and drink without fear of drowning yet deep enough for theologians to swim in without ever touching the bottom.”1 Our youth have an immaturity that allows them to come as babes to drink of the Scriptures, but they are only able to drink its milk. They lack the maturity that can provide them with an appreciation for the deep thoughts contained within.2 The youth of our day can greatly benefit from reading even the pagan classics–works by men like Homer, Hesiod, and Virgil—in order to exercise their spiritual perceptions as they grow in the maturity necessary to drink more deeply of the Scriptures. They benefit because these classics, like all good literature, are shadows and images of Truth. In training our children this way, we imitate the training of surgeons who practice their skills on animals and cadavers while supervised before they take advantage of that training in surgical operations performed on the living.

But solid food is for the mature, for those who have their powers of discernment trained by constant practice to distinguish good from evil.   Hebrews 5:14 (ESV; emphasis added)

Our youth need to hone their powers of discernment, and they can practice on the classics as part of maturing themselves in readiness for the solid food of Scripture. It is from the classics, even from the pagan texts among them, that our youth will learn to discern the difference between that which is good and virtuous and that which is injurious. They will attend to the former, and like the young child wanting to ignore his annoying brother, they will plug their ears and yell, “Blah, blah, blah, blah!” to the latter.

Furthermore, it is virtue (defined as moral practice or action, conformity to a standard of right—as divine law or the highest good—moral excellence, integrity of character, uprightness of conduct3) which all the great classics ultimately strive to praise. It is precisely such virtue that we also seek for our youth, though we may use different words to convey the thought: pursuing the righteous life, imitating Christ, becoming sanctified, to name just a few. The idea that is being conveyed by the classics is the same as the idea we seek; we are to live rightly, virtuously, being Christ-like in our dealings with God and neighbor. Virtue, however, is not something you define once and then consistently live out. It must become habitual—a pattern that we develop through the habits of the Christian life: prayer, fasting, worship, and right living. It is also developed through the habits of regular interaction with examples of virtue, namely the virtuous characters and deeds depicted in the classics. In contrast to much of the literature we might see today, in the classics virtue is exemplified and celebrated in both the actions and words of those who are virtuous. Our youth, therefore, should study the virtuous characteristics and deeds portrayed by the noble men of the classics in order to discern how the latter coincide with the teachings of the Bible and the ways in which they exemplify the teachings of the Bible.

Studying the nobility and virtue of the heroes in the classics is practical as well. First, some of the precepts of the Scriptures can appear daunting, if not downright impossible, to the young. The instruction to submit to those who persecute you and endure their wrath, to love your enemies and bless them, and to pray for your enemies and not curse them, can seem both unattainable and unreasonable to the young. When these virtues are exemplified in the characters of the classics in incidental agreement with the teachings of Christ, however, their unreasonableness dissipates and the Christian precepts that seemed impracticable become understood to be possible.

Second, among the authors of the classics, almost all intentionally crafted their work in order to teach and exemplify virtue to their audiences. Homer and Hesiod, for example, wrote primarily to educate about virtue and to promote it among the Greeks. It was merely a secondary satisfaction that their poetry also succeeded in being entertaining. Thus, studying even the pagan classics has the practical benefit of conveying the very virtue we desire our young to pursue; this was in fact the very intentional goal of the authors. The classics therefore become a relatively safe avenue for such teaching, much more so than the entertainment-based art of today. Much of the art produced today would fail to even acknowledge virtue as an objective characteristic worthy of pursuit. It remains true that one needs to pursue virtue through the classics with discernment, as previously cautioned. Nevertheless, one will find the terrain of the classics far safer than that of much of today’s contemporary literature.

The final benefit for our youth in studying the classics is the presentation of the ideal: Jesus Christ is the ideal human being, whose likeness we are to pursue. Saint Paul taught his disciples to follow him as he followed Christ. As we mature from infancy to childhood and on to adulthood, the types of the ideal that we imitate will change and mature with us. In the classics, we discover heroes who become types of the ideal we ourselves seek to become. We follow them insofar as they point us to the ultimate Ideal, Jesus Christ. In developing the picture of the ideal within us, in our minds and in our souls, we have something to follow, to imitate. This ideal in our youth, fostered in us by the study of the classics and their types, is matured by the later study of Scripture. As we mature, our study matures, our ideal matures, and we pursue Christ. Just as God gave us mothers and fathers to imitate, He has given us types of the ideal to imitate—sometimes they are Pauls, sometimes they are the heroes of the classics. All the while, God is pointing us to the ultimate Ideal, the true Man: Jesus Christ. In seeing the successes and the failures of others who have imitated Jesus Christ (incidentally or fully intentionally), we are strengthened and matured in our own pursuit and imitation of Jesus Christ.