The Common Topics and the Universe 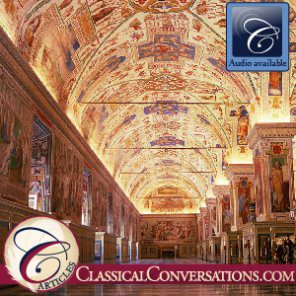 OK, I am like a kid with a new BB gun. I do not really know how to use it, but it looks like so much fun. In that spirit, please allow me to wield Aristotle’s common topics. I just hope I do not shoot somebody’s eye out.

Aristotle’s common topics of invention serve as a series of lenses through which we can look at any given subject. In doing some quick research, I was reminded that the word ‘topic’ comes from the Greek topos, which means “place.” Suddenly, I understand Aristotle’s lenses more clearly. They are places in which we can look for clues for understanding anything from flowers to stars to relationships. I must also note that invention is only the first of Aristotle’s five canons of rhetoric: invention, arrangement, style, memory, and delivery.

Being the ambitious type, I would like to point this gun of invention at a subject we often overlook, the meaning of life. Why are we here? Why is there something rather than nothing? How should we live? What is the ultimate authority in the universe? I am a Christian and I believe that I need to bring every thought captive to Christ. I acknowledge that it can be dangerous to probe the meaning of life, but I believe that as we pursue the truth we are also pursuing God himself.

As I understand it, the topics are points of reference, from which a subject can be studied. Aristotle, a great philosopher, probed the meaning of life. I do not profess to be an expert on Aristotle’s writings; therefore, my thoughts offered here are mere musings of my own, not reflections on the universe as Aristotle understood it.

I have found varying lists of the common topics, but I will use a simplified list as follows:

I want to know the meaning of existence itself as it relates to the human condition, so I need to define existence. It is the state of being, whether physical or immaterial. We most readily recognize the physical form, but there is much evidence for nonphysical realities. I want to probe both elements, assuming that the human condition involves both.

One important skill in definition is learning to correctly divide the term you are trying to understand. Life itself can be divided into plant/animal, human/nonhuman, spiritual/nonspiritual, rational/nonrational, natural/supernatural. My frame of reference is human and that is the subset I would like to explore: the human element of life as it relates to the physical, immaterial world. The immaterial includes natural phenomena, such as magnetic fields and light waves, but more importantly, it includes abstract ideas and the supernatural realm.

We can compare human existence with other forms of existence. Ours is a conscious existence. We have awareness in ways that inanimate objects appear not to have. Some animals appear to be aware of their existence, but generally lack reasoning powers. Whatever reasoning powers animals may demonstrate—such as dogs protecting their masters—are very limited in their scope. Animals do not indicate an interest in the grand scheme of creation. Therefore, human existence includes the capacity to consider other places and times, as well as purposes that go beyond survival or pleasure.

Human life relates to the physical, as it is the stage upon which life occurs. To some degree, the physical world is our set of props for living out our consciousness. Physical things are employed for sustaining physical life and fulfilling the purpose or purposes which this essay seeks to explore.

Human life relates to the immaterial world. The realm of virtue gives us a sense of justice, honor, loyalty, truth, and so on. The supernatural world includes not only ideas, but actual beings. I believe that God is the ultimate supernatural being and the One from whom all that is has come. He is the Creator. Our relationship to Him is that of creation to Creator. As such, we have a responsibility to Him, implicit in the notion of loyalty. With the role of Creator seems to come the right to run creation as He pleases, and to demand certain behaviors of His rational creatures. That is, God has the right to tell people what to do. If Deuteronomy is a document through which God communicates with His creatures, then He requires us to love Him.

We relate to other beings, particularly humans. As part of the Creator’s creation, these persons deserve our respect. If we believe that God has spoken through His Son, Jesus, then we agree that the Creator requires us to love other people as ourselves, as Jesus quoted from another authority—the Hebrew document Leviticus.

Human existence is itself a circumstance. It is the only one of which we are aware, beyond references to the supernatural realm in sacred writings.

So many people have spoken about the human condition throughout history that one scarcely knows how to sort through the voices. First, we must determine with what authority people speak. My two-year-old neighbor may speak profoundly from the standpoint of innocence, but his limited perspective also limits his authority. The voices preserved through the ages have been validated by many people over the generations. They may have something trustworthy to say.

I want to be careful not to trust a philosopher on the basis of popular vote, even a vote taken across the centuries. Primarily, I want to evaluate on the basis of truth. Is the voice logically consistent? Does it ignore or explain the real world as I perceive it? Has trusting this voice helped or hurt its followers?

I enjoy reading the ancient philosophers and mathematicians. Their works have endured the critique of history. However, their works on the meaning of human existence seem limited, even in my limited exposure to these works. My first authority is the testimony of the sixty-six books of the Old and New Testaments. In them I learn that God created this world and made mankind in His own image. He first tasked us with caring for this world and procreating. After we disobeyed and were banished from Paradise, God provided ways for our relationship with Him to be restored. This restoration was finally accomplished in His Son, Jesus Christ, through His death, burial, and resurrection. His resurrection alone lends credence to His words. Jesus summed up our responsibility before God with the two commands: love God and love your neighbor.

Now that I am using this common topics BB gun, it appears to be a powerful tool. It helps me think systematically and carefully about, well, even the biggest topic of all. Even if I did not fully answer all the questions, this is, at least, a start. I do not think I shot my eye out. How about yours?