The Creative Mind and the Structure of the Soul 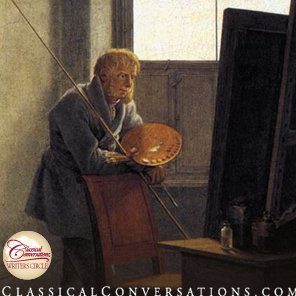 Do you have a creative outlook? Do you confine yourself to uncreative activities? What about your teaching? Is it creative or administrative? Does it nourish creativity in the souls and minds of your students and children?

Judging by the haste with which the arts are dismissed from schools when there are budget cuts, it must be the case that our culture does not value the creative outlook. It reminds me of what Shakespeare’s Julius Caesar said about Cassius:

Yond Cassius has a lean and hungry look.
He thinks too much. Such men are dangerous.
… He reads much
He is a great observer, and he looks
Quite through the deeds of men. He loves no plays
As thou dost Antony; he hears no music;
Seldom he smiles, and smiles in such a sort
As if he mocked himself and scorned his spirit
That could be moved to smile at anything.

Cassius is above all that. He’s a cynic and a lover of power. It would be too much to force the analogy entirely on ourselves, but it carries its cautions in its smiles.

I have been thinking about this for years, because the opening words in the Bible would seem to me such vivid, vital, and important words, but we have lost them in arguments over analysis. They tell us, “In the beginning God created…”

If God created and we are His image, then creation and the creative mind is not something for a Christian or a classical educator to dismiss. It is something to build one’s life on. It is the means to understanding.

Many, many books have developed this core Christian idea, but most of them (so far as I can tell) were written prior to the twentieth century. One from the twentieth century that has mined the riches of the old books and explained it to us is Dorothy Sayers’ The Mind of the Maker. In it, she says:

If we conclude that creative mind is in fact the very grain of the spiritual universe–we cannot arbitrarily stop our investigations with the man who happens to work in stone, or paint, or music, or letters. We shall have to ask ourselves whether the same pattern is not also exhibited in the spiritual structure of every man and woman. And if it is, whether, by confining the average man and woman to uncreative activities and to an uncreative outlook, we are not doing violence to the very structure of our being.

Thus, my opening questions. We spend too little time asking whether we are not “doing violence to the very structure of our” students. If Sayers has rightly read her Bible, and it seems obvious to me that she has, then the shift from the creative to the practical was not only harmful, it was an implicit rejection of what the Bible teaches us about children and their souls.

I want to embrace the challenge, and to encourage you to embrace it with me, of doing the hard work of figuring out where we have adopted the uncreative mind of utilitarian man and how we are harming each other through that embrace.  More than that, I want to invite you to think with me about how we can return to a more humane, Christian, biblical, and classical pattern of thinking, knowing, and teaching.