The Delaware Tea Party…And Why Writing Is So Important 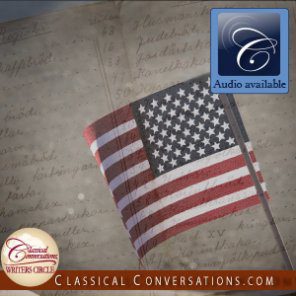 As I traverse history with my Challenge III and IV students, I have noticed a very important trend. Those who are remembered in history are those who are able to write well. Our goal, of course, is not to be remembered but to glorify God, but if a person wants to influence the greatest number of people, he/she should learn to write well. If a person can write a persuasive essay well, he/she can write a beautiful speech, an outstanding presentation or a convincing affirmative construct for debate. In keeping with the theme of this missive, here is my thesis statement: Throughout history, we see that men are remembered not just for their deeds, but because their deeds have been immortalized in writing.

Alfred Wallace (1823-1913) was a contemporary of Charles Darwin who also studied natural selection and published essays about it. In 1858, he wrote “On the tendency of varieties to depart indefinitely from the original type” and sent it to Darwin. Darwin had, for various reasons, put the Origin of Species on the back burner for twenty years. After Wallace’s essay, Darwin had no choice except to publish his writings along with Wallace’s. Why, then, were Darwin’s writings so much more well-known? One of the biggest reasons was that, while some of his passages were written only for other naturalists, others were full of metaphors and beautiful speech for the laymen. Another reason was that people could apply his ideas not only to nature, but also to society and economics. He was a better writer (even if his logic was lacking).

Christopher Columbus also was not so lucky. While we remember his name, he did not get continents and countries named after him. Columbus made his first voyage eight years before Vespucci.  He did write a letter that went back to Rome. However, Vespucci wrote fascinating letters describing the natives, their diet, religion, and so on. His letters fell into the hands of a clergyman/mapmaker Martin Waldseemüller. They were a good read (Waldseemüller said he “read [them] hastily”) and he thought the feminine form of Amerigo would be fitting alongside Europa, Africa, and Asia. His map was very popular and was printed in several editions. By the time Waldseemüller realized that Vespucci was not worthy of having a fourth of the world named after him, it was too late. The name has been disseminated throughout Europe and history. Amerigo Vespucci secured his place in history via his writing.

The third example, and the best, is the Delaware Tea Party. No, I do not mean the Boston Tea Party. The Delaware Tea Party was nine days after the Boston Tea Party. It was for the exact same reason and involved the same number of chests of tea. Why then, is it not remembered or acknowledged? The reason is that Delaware did not have the great philosopher and writer Samuel Adams publicizing the event. Adams wrote letters and essays against the British occupation of the colonies and their taxation of everything. Adams is the reason why we know so much about Boston during the time of the Revolution. His writings immortalized his views and his town during the Revolutionary War.

Writing is vital to our civilization and to our posterity. Let us encourage our students in this important pursuit!