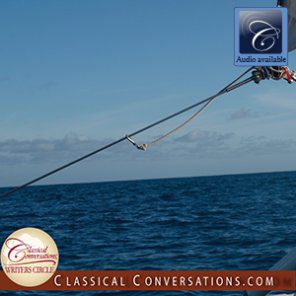 Let’s start with one of my favorite verses: “The earth will be filled with the knowledge of the LORD, as the waters cover the sea” (Isaiah 11:9). We find a complementary verse more narrowly focused on the ministry of Jesus in John 21:25: “Jesus did many other things as well. If every one of them were written down, I suppose that even the whole world would not have room for the books that would be written.” The knowledge of God is so expansive and immense that we have yet to know the immeasurable depth of his character and works. Now, before we start to talk about the hidden things of God—the presently unknowable things—let us first assert the truthfulness of what God has revealed about himself—the things we can know. While we cannot know God fully, we must certainly know him truly. In other words, we will never know God exhaustively but that which he has revealed about himself is certainly true.

To begin with, let us look down the halls into eternity for a moment. Even throughout eternity, I still do not believe that we will ever know everything there is to know about God. In fact, I believe that this aspect alone is enough to make eternity the most exciting adventure of all. Imagine saying to yourself on an “hourly” (or whatever) basis, “I wonder what God will reveal about himself now!” And in response to his latest revelation, we stand (or bow) in absolute awe. Before we can mentally and spiritually absorb this most recent revelation, he reveals a new facet in himself. Again, we are in dumbfounded awe. Never would God run out of new revelations about himself, and never would we ever get bored with his revelations of himself or even accustomed to them. Nor will we ever have the opportunity to say, “He already did that trick.” No, before the complexity of his previous revelation sinks in, we will be floored by the next revelation. This time, our response may not be the awe of silence but an outcry of praise, or a breakout of worshipful song, or weeping for joy. His character is inexhaustible. While we live eternally with God, our being is not infinite. We are already fully known by God our Creator and Savior, but we will spend eternity getting to know God and yet never reach the end of his holy repertoire. The best we can do is know our own selves as God has known us (I Cor. 13:12). This tells us two things: 1) we are too impeded by sin to know even our own selves while in this fleshly state, and 2) our own complexity must not be beyond our comprehension.

Now back to our own life and times. In light of what I have just proposed about the eternal self-revelations of God’s character, I know it would be a gross overestimation that God has revealed one percent of one percent (.0001) of himself while we are living on this side of eternity. However, if we could just pretend for the moment, I would like to put things in perspective. I am a biblical scholar, and in the process of earning my first two degrees, I was forced to know more and more about less and less. Thankfully, in my doctorate, I was able to expand my horizons by earning a degree in Literature, Theology, and the Arts, but that was not the norm. The conventional route in education is the process of knowing more and more about less and less. I have colleagues that know a tremendous amount about the Gospel according to Mark, or excel at Hebrew syntax, defend the idea of knowledge from Greek philosophy, know every textual variant in the Acts of the Apostles, or retell the major developments of the Bible in story form, and on and on. If you were to ask any of them if they could ever exhaust the knowledge in their little corner of theology, they would surely say no, even if they were given the rest of their professional lives. Biblical scholars need a lifetime devoted to studying the Word of God, but usually not the whole Word of God but rather a Testament, and usually more narrow than that, a group of books within the Testament, and sometimes a single book. I will say that it would take three to four normal lifetimes to accomplish competence in—not mastery of—the entire Bible. We would need another lifetime or two to deal with the theological doctrines found therein.

Furthermore, Christians who are serious about believing in the sovereignty of God have to conclude that what has happened in history has been because God has moved through human affairs, whether actively by his achievements, or passively by allowing certain events to occur. Not one thing has happened that has escaped the all-seeing eye of God or his all-knowing mind. Therefore, could we not study history in an attempt to find the thumbprint of God, and with an intention of putting the pieces of the puzzle together to understand God better? How many lifetimes of scholarship would it take to become competent in ancient Near Eastern history, in Classical history, in Medieval history, in the histories of the Renaissance, Enlightenment, Modernism, and Postmodernism? Then there are specialty histories: art history, church history, industrial history, history of photography and just about anything in existence has a history.

Are you starting to feel small yet?

Notable theologians have observed that a proper study of God leads us to a natural study of man. Now how many lifetimes will it take to become conversant in psychology? Then there is psychiatry. How about sociology? How about anthropology? How about inter/cultural communications? What about the language arts? Or the art of sign language? What about childhood development? Try mastering the behavioral patterns of people; we are always bound to throw a curve ball.

God has revealed all of this in this world, and we would legitimately need a hundred lifetimes to become competent in one percent of one percent of his revelation. So how do classical Christian liberal arts give us an advantage in our pursuit of the knowledge of God? First, it would take a true liberal artist even to begin to understand the great variety of ways that God has revealed himself, as we have just pointed out in this essay. Second, if God has chosen a variety of ways by which to reveal himself, only the classical liberal artist has enough interest and discipline to dabble in all of them. Third, if the classical liberal artist dabbles in all these fields, s/he is bound to find something that especially sparks his/her interest. When this classical liberal artist pursues a specific study of interest, s/he will bring to the conversation the wisdom from the other revelations that s/he has already familiarized him/herself. With it, s/he may reintroduce the latent connections of the supposed “independent” revelations of God, not only to each other, but also to the “experts” who are not so classically liberal in their academic pursuits. Fourth, only the true classical liberal artist will be able to connect the dots of these revelations because only the classical Christian liberal artist understands that not only does all knowledge emanate from God through his selective revelations, but that they also ultimately lead back to God, the source (id est, ad fontes). Lastly, I think we will have an extra-rewarding experience and greater sense of anticipation in eternity for the hunger for understanding the vastness of God’s fuller revelation (though I cannot be sure, but only hope). At any rate, let us look forward to the greatest classical liberal arts education in eternity at the New Jerusalem Academy.