The Flow of Science 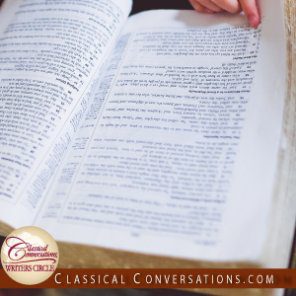 This universe is a mystery, all the way around. We humans have been trying to make sense of it through the ages. We wonder how it all began and we wonder what it all means. Every person comes into life in a cultural context. Children learn from their elders as they work to understand this existence. Society’s traditions, mores, rules, and expectations shape our thinking.

We innately realize that there is purpose all around us. We recognize that humankind holds a unique position among earth’s creatures. We extrapolate that human existence has meaning and that our own lives in particular have meaning. Myths, religions, and philosophies throughout history have offered explanations for existence. These explanations include stories of the origins of the world. The Judeo-Christian story of beginnings can be found in Genesis 1-2. It has been critiqued and studied for centuries and is remarkably consistent with the scientific evidence.

Today, Western science bypasses the question of meaning and pursues the mystery of origins in purely material terms. The question of whether or not this universe has a purpose is irrelevant. Scientists have gravitated to the Big Bang theory which postulates that this expanding universe had its beginning when all matter of the universe was compressed in a tiny “singularity.” This speck in space then exploded, yielding, over time, the universe as we know it. Today, most scientists seem to take this theory for granted. It is the best explanation scientists can find.

As more evidence comes to light, it is incorporated into the Big Bang theory. Sometimes the evidence seems to contradict the theory and so elaborate explanations are offered. For example, many scientists hypothesize that the universe is full of “dark matter” and “dark energy.” This matter cannot be seen, they say, but we know it is there because our Big Bang equations won’t match the evidence without dark matter. By some estimates, 95% of the universe is dark matter and dark energy http://science.nasa.gov/astrophysics/focus-areas/what-is-dark-energy/). Almost all of the universe, then, cannot be detected, except by calculations based on the theory. This traditional understanding bears the uncomfortable weight of having different “rules” for physical properties inside an atom vs. the larger world. Einstein’s theories make sense everywhere except on the subatomic level. There, scientists apply the rules of quantum mechanics.

Now some scientists are questioning the theory. Earlier this year an article was published entitled, Everything We Know about the Big Bang Could Be Wrong (http://www.msn.com/en-us/news/technology/everything-we-know-about-the-big-bang-could-be-wrong/ar-AA9es2p?ocid=U147DHP). The revisions to the Big Bang theory have become so cumbersome that the theory as a whole becomes implausible. A simpler explanation seems more likely, as this article suggests.

The new thinking eliminates the “need” for dark matter and bridges the gap between Einstein’s theories and quantum mechanics. The old theory no longer matches the preponderance of evidence.

Centuries ago, when scientists took for granted the geocentric theory of the solar system, theories of planetary motion became so convoluted that they no longer made sense. The foundational theory was simply wrong and empirical evidence could no longer fit into it. Only dogmatic devotion to a traditional view could sustain the flawed theory. Good science required that the theory be rejected. The Big Bang theory could be at just such a tipping point.

Science must keep on grappling with the evidence and it will remain in flux. However, the theories of the meaning of life remain unchallenged. As Genesis says, people were made in His image and given the role of taking care of this world. As Jesus says, the most important tasks in life are to love God and to love people.

Life is still mysterious, but the light of the gospel brings unchanging hope that one day the answers will be revealed.