The Life of Memory 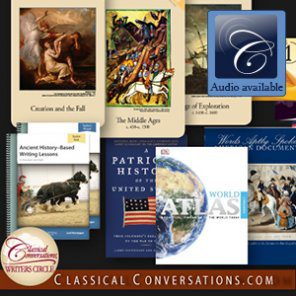 The experience of listening to a Classical Conversations Foundations student recite the History Timeline is more than memorable, it is impressive. I will certainly never forget the first time I heard my older son, then eight, accomplish the task. It sent a thrill through me. That he could master so many pieces of information, in flawless order, was a feat I have to admit I wasn’t convinced he would be able to accomplish. Until he did it. Then he did it again, four more years in a row.

A tremendous amount of hard work, time, and attention to detail went into mastering all the information needed to commit that timeline to memory, not to mention all the other facts he had to acquire in order to become a Memory Master. He learned to focus carefully, to drill and to over-drill, to create his own mnemonics and connections so that he could reach a place where all that data was at his fingertips.

All that diligence was vitally important as an exercise in learning how to memorize—how to teach his brain to retain. It wasn’t about the depth of knowledge of the historical facts he so easily recalled. Yet each of those factual data points, recited in careful, precise progression, were significant, for they laid the foundation for him for all future learning in his life which would correlate in any way whatsoever with history—which meant, of course, it laid the foundation for everything. Even things we tend to think of as abstract, conceptual, and divorced from the mundane (like obscure mathematical theorems) are firmly rooted in historical context. Every insight and discovery in every area of human endeavor has intricately woven connections to the time and place in which it emerged, and will have ramifications that ripple into the future.

How much did my twelve-year-old Memory Master understand about all the history he had resolutely committed to memory? Well, he understood much more at twelve than he had at eight, but all in all what he had truly achieved was a skeletal outline of history—a structure of the general movement of time through some of the most significant moments in human experience. That is immensely important, because all things that have meaning have a structure in which they are placed. Just as a house holds all its rooms together, the structure gives cohesion, stability, and purpose. The structure is the frame—the form—in which all the components make sense. Without that form, meaning is often difficult, if not perhaps impossible, to find.

Just as my son was about to embark on the dialectic stage of his education, his mastery of the History Timeline had equipped him for travel into deeper thinking, greater comprehension, and richer learning in several ways: It had given him organized data upon which to practice the vital skill of memorization—something which would serve him well in the Challenge programs in all areas from studying Latin to debating to preparing impromptu speeches and delivering persuasive dramatic interpretations. My son had been equipped with the ‘pegs’ of information which he would then naturally begin integrating and assimilating with other subjects as he grew in additional knowledge and understanding. And he now had a structure, which he could then continue to fill in, flesh out, and color with the hues of history as he continued his instruction.

So when my son entered the Classical Conversations Challenge programs, he had been provided with a significant learning skill (memorization), an important body of foundational knowledge (historical ‘pegs’), and a fully fleshed out structure (a form) into which to organize and continually add information and ideas. He had been beautifully equipped to embark on an exciting learning journey in history:

It is an exciting privilege to watch my son make this journey, and to walk alongside him as he traces the footsteps of those who have come before him—those who have paved the way for this present time and place in which he will live out his life. Without a full study of history which gives us a view of the road maps that have led us to where we stand today, we cannot really know who we are; we cannot really know who we ought to be, because we do not know who we have been. We cannot even know our potential, for we do not truly understand what has been either lost or achieved. As the so-called father of history once wrote:

Herodotus of Helicarnassus here presents his research so that human events do not fade with time. May the great and wonderful deeds…not go unsung…

That my son should be heir to this rich heritage of historical studies in the Classical Conversations Challenge programs—the nature of which I have barely skimmed here in my descriptions—is a great gift, for I know it will serve him well. Through him, it will also serve his companions and his communities. Through them all, it is to be hoped that future people will be blessed by the history that his own generation will make through informed and discerning stewardship.