The Missing Pieces of Public Education 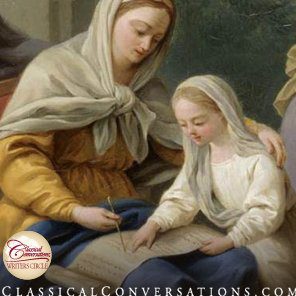 This article is modified from sections from the newly-released book MicroSecession: Simple Ways to Liberate Yourself, Your Family, and Your Community from Government Idiocy.

When people think of the word “education,” usually the first thing that pops into their minds is their local elementary schools. When we think of a “well-educated person,” we think of someone who graduated from Harvard with a Ph.D. But is this really what it means to be educated?

First of all, let us draw a distinction between education and training. The purpose of training is to be better at something. You can train to be a welder, a computer programmer, or an engineer. Education, however, teaches you how to think and gives you a large repertoire of knowledge from which to analyze the world around you. Training helps you know what to do in a specific situation, while education helps you figure out what to do in new situations. Education also helps you know when your training is wrong. Even more, education helps you analyze the claims other people make in order to determine their accuracy or reasonableness. Still more, excellent education helps you formulate wise courses of action based on accurate information.

Is this what our educational system currently teaches?

It is very interesting that despite requiring people to take math, science, history, and a plethora of other subjects, two subjects that are most often overlooked in both kindergarten through twelfth grade and higher education are philosophy and logic. These are precisely the tools most needed for a properly educated person. Can we reasonably call someone educated who does not know the history of the ideas they hold? Philosophy requires that all ideas be held up to scrutiny, even those which we imagine to be firm or solid. Logic requires that we properly ground all our ideas, or at the very least know where they are not grounded. These two subjects, which should be at the core of every curriculum properly called “education,” are conspicuously missing from nearly every educational standard.

The core issue is that knowledge, as it is usually conveyed through modern education, is delivered in a piecemeal fashion. Even though there may be a wide breadth of knowledge delivered in modern public education, the knowledge is almost always presented in one of these forms: either as an irrelevant fact or as a useful fact. By “irrelevant fact,” I mean that the fact is not tied in to anything else. Most history dates, as studied in elementary schools, fall into this category. You memorize the date because it is in the curriculum to do so. There may be some context provided, but the ultimate goal is just to know the fact. By “useful fact,” I mean that a fact is used to determine something else. Much of math and science fall into the latter category. We learn the equation for the area of a circle, and then we can plug in numbers to this equation and get an answer.

There is nothing wrong with this in the early stages of learning. In fact, this is the way in which the grammar-stage facts are taught in the Classical Conversations Foundations program. However, as children get older, real education dives much deeper than this. Real education certainly makes use of irrelevant facts and useful facts, but real education teaches the student how everything fits together and how such ideas are constructed in the first place. This is the essence, for instance, of the Classical Conversations Challenge programs, where readings and class discussions bring together the different threads of learning into a unified whole.

I teach chemistry for Challenge III. It is easy to take a chemistry class and miss what is really going on in chemistry. It is not actually science. Chemistry is all about philosophy. An ancient philosophical idea is ex nihilo nihil fit, which means “out of nothing, nothing comes.” Translated more colloquially, it means “you don’t get something from nothing.” This fact may seem trivially true. In fact, it is currently taken for granted in many areas of inquiry, but it is grounded only in philosophy. Its truth was not immediately obvious in philosophy either, but rather took time to develop and had to be argued. In any case, this philosophical idea is at the core of ideas such as the laws of thermodynamics.

One of the experiments that my chemistry students hate the most is determining how sensitive an object’s temperature is to energy coming in or out (“calorimetry”). This is usually the first time they have had to really think to apply math to a subject, and it is difficult the first time. However, the calculation is based on a simple principle: the amount of energy that flows into an object is the same amount of energy that flowed out of another object. How do we know this? Because—as the philosophers say—out of nothing, nothing comes. The energy in an object had to come from somewhere. When an object cooled down, the energy had to go somewhere. By using this philosophical idea, we can then determine that, if we carefully control our environment, the amount of energy lost by one object is the same amount of energy that is picked up by another object. Voila! Out of philosophy, comes chemistry. Showing students how insights from one field lead to insights in other fields teaches the students, by example, how to integrate knowledge from various areas. It shows them how to take breadth and create depth.

Without such integrations, what the student has at the end of her education is simply a giant grab bag of facts. This misses the point of having an education almost entirely. Certainly, a student who knows a variety of facts is more likely to pull something worthwhile out of the bag than someone who knows nothing at all, but all education is actually at the expense of other types of education, not at the expense of no education. If I were to take students and simply employ them in a job starting in the sixth grade rather than let them finish their education, they too would learn every day. They would only learn a different kind of knowledge, depending on their job. If they cut hair, they would learn about people. If they waited tables, they would learn about service. If they ran a cash register, they would learn at least something about money and efficiency.

My point is that, no matter what, living itself provides us with a set of facts. What sets real education apart is that it provides a deeper understanding and wellspring from which a person can draw.

Unfortunately, even if these issues were addressed, there is still another gaping hole in the modern public education system—the subjects that are completely missing. As mentioned, philosophy and logic are still largely missing even from the newest curriculum standards (they are, however, both are taught in the Classical Conversations Challenge curriculum). In addition, there are many other highly important subjects that are completely passed over by modern public education. Morality and ethics are almost entirely missing. Aesthetics is not to be found anywhere. Theology is not even supposed to be discussed. Are these not also important subjects? For what purpose are we educating ourselves if we cannot discuss higher purposes that are present in theology? How shall we know if we are putting our knowledge to beneficial or harmful use except by learning morality and ethics? Do we really want to build a world in which beauty is ignored? This is, however, where modern education is leading us.

It hit me suddenly one day just how much my education was lacking. One day, while reading about various wars and empires throughout history, I dared to ask myself a simple question: what was God doing in and through this history and these wars? I know this seems like an odd or even dangerous question—one of those questions that one day leads to a dogmatic preacher yelling at his congregation, or even worse. But here’s the deal: should we not be asking dangerous questions? Is that not one of the purposes of education in a free society—to be free to ask the dangerous questions? Now, I know that someone will object and say, “How do you propose we determine the answers to such questions?” That is just the point, it is it not? If we ignore philosophy, theology, ethics, and morality, we are denying ourselves the tools we need to discover the answers to questions such as these. That does not mean we will get the answer 100% right the first time. This is also true in math, chemistry, physics, and even history. The possibility of being wrong does not invalidate the exploration, and we have systematically cut ourselves off from the tools we need to address these important questions of life.

When such important knowledge is lacking, and especially when such important questions are not asked, we can be easily manipulated. If we are not grounded in ethics, then whichever publicity agent paints her patrons with the brightest colors will get the public approval. If we are grounded in ethics, then we can understand the importance and severity of what people are doing even if someone explains their evil actions using sweet stories. Likewise, we can recognize when good people are being improperly maligned. Most importantly, we can recognize the faults of our own heroes, and even ourselves, and help to avoid idolizing anyone unquestioningly. Without education in these areas, we will lack the tools needed to do anything beyond what our emotions, which are so easily manipulated, tell us to do.

Many people would argue that public schools cannot teach philosophy, theology, ethics, and morality due to the “separation of Church and state.” I do not claim to know the legal soundness of such claims. However, if this is the case, then it is de facto evidence that the schools are lacking in education. These are essential subjects, and if they cannot be taught in public schools because of the law, we either need to change the law or abandon the schools. It would be like having a law that banned teaching arithmetic or reading. If we banned reading from schools, we would certainly say that we either need to change the law or get rid of the schools, lest we develop a generation whose minds are stunted in their growth. The same is true of these other subjects, only I would rather have a generation of people who grew up not knowing how to read than a generation who grew up not knowing how to live righteously or think morally, and who failed to meditate deeply about their purpose for living. Thankfully, for those of us in home education, there is no reason to make such a choice.