The Right Order—Slavery in a Modern World 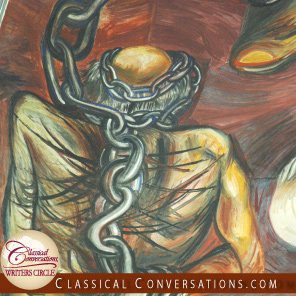 As modern day Christians we abhor slavery. We know we are born into the slavery of sin and Jesus died to set us free from sin. We have accepted Him as our Savior, because we recognize that we are slaves to sin. The wages of sin is death (Romans 6:23). Genesis tells of the creation of the world and the order in which it was created. The Bible is filled with order. The fact that the world can be known and the reason Christians and not pagans have led the world in scientific discovery is because Christians recognize this order. Sin was brought into the world by the disordering of what God had ordered. Adam and Eve did not want to stay in the order He created, but they wanted to be like God (Genesis 3:5).

Since The Fall there has been one main cause of sin: the disorder of desire. The Ten Commandments illustrate this point. All sin is a disordering of desire. Slavery is closely linked to a disordering of priorities, from both the master’s standpoint and the slave’s. The master would be better suited to be a leader of a free man, and a man is better off free. If not, then we do not need to be freed from sin.

“I had reasoned this out in my mind; there was one of two things I had a right to, liberty or death; if I could not have one, I would have the other; for no man should take me alive.”
― Harriet Tubman

Harriet Tubman was convinced that the right order was freedom, death, and slavery. However, I would imagine that many slaves throughout the centuries set their priorities as alive, freedom, and death, hoping to stay alive long enough to taste freedom before death.

“I cannot teach you violence, as I do not myself believe in it. I can only teach you not to bow your heads before any one even at the cost of your life.”             ― Mahatma Gandhi

Today we are living in a world in which we no longer recognize slavery. After all, we fought a civil war and settled it! Slavery is actually more prevalent today than at any time in history according to research from https://www.freetheslaves.net.  However, I am discussing a more subtle slavery found in America today: slavery over the mind.

I suppose we are much like the Jews Moses led out of Egypt. Exodus 14:12tells us, “Is not this the word that we did tell thee in Egypt, saying, Let us alone, that we may serve the Egyptians? For it had been better for us to serve the Egyptians, than that we should die in the wilderness” (KJV). They had ordered themselves as alive, freedom, and death.  They would rather have a job and be enslaved than to be free and have to figure out life on their own. It should not surprise us that we choose slavery over freedom, for we are born sinners and we are slaves to sin.

“For the wages of sin is death; but the gift of God is eternal life through Jesus Christ our Lord” (Romans 6:23, KJV).

If slavery to sin is to die, then to be alive, but in slavery, is to be a zombie or the walking dead (side note: I can’t wait for the new season). Clearly, some of the great leaders in history, along with our Lord and Savior Jesus Christ, know that slavery is not an option.

Today, think about your questions about homeschooling and your goals for your children and family. Will you “bow your head” to the common core and the increased influence of standardized testing? Is it “better to serve the Egyptians” than to be free?  Is college rightly ordered or are you a slave to records and standards that have no eternal value? Are your children souls to be nurtured or products to be measured? Are your priorities to raise a free man whose choices do not include slavery? Throughout the history of the world, most people have chosen slavery in one form or another; after all, at least you seem to be alive.

“By the Roman theory the barbarian bondmen [slaves] were meant to be useful [workers]. The saint’s mysticism was moved at finding them ornamental; and “Non Angli sed Angeli” meant more nearly “Not slaves, but souls.” (A Short History of England, G.K. Chesterton, 13.)