The Science of Spare Parts and Missing Pieces 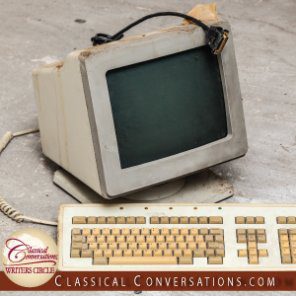 The difference between “crashing” a computer and “smashing” a computer is subtle, but highly satisfying. Until last year, my long-since-dysfunctional school computer had been gathering dust in a hall closet. Preparing for a move, I wanted to be rid of it, but I was also leery of data security, so, with a glee shared by ten-year-olds everywhere, I decided to destroy the hard drive—with a hammer. Surprisingly, the experience taught me two important lessons about the study of science.

Lesson 1: The Science of Spare Parts

To begin the highly anticipated event, I had to take the laptop apart. While my friends watched a movie in the other room, I used a tiny Phillips-head screwdriver to tackle the back panels of the laptop. Before long, I had extracted battery, fan, motherboard, hard drive, RAM, wireless card, and processor, among other parts I could not yet name.

Then a funny thing happened. My mission changed. Admiring the intricate circuitry, I forgot about destruction. I forgot about blue screens and lost hard drives and the panic of last-minute rewrites. I was swept back to a high school study of HTML and basic computing that I suddenly wanted to remember. The mystery of computers diminished and increased at the same time. For a moment, I simply marveled.

Scientists everywhere locate this kind of wonder and awe at the heart of good science. I’m currently reading How the Laser Happened: Adventures of a Scientist by Dr. Charles H. Townes, who won a joint Nobel Prize for Physics in 1964. In the book, he describes the childhood experiences that led him toward a career in science:

Most of our play had to do with practical things, building and exploring. I also liked to figure out how things worked. Recently, I came across a letter I wrote to my sister Mary when I was ten…. “You asked me what I wanted for Christmas. I want mostly hardware so you better buy out a hardware store. I want some tin shears, some money to buy some iron and wood bits (as I want a particular size I had rather pick out my own), a flat file, a pair of glass cutters, some rifle shot and some one and two penny nails.”…

My father occasionally brought home, from a store he rented to a clock merchant, broken clocks for us to fiddle with, either to get them going again or simply to use their parts for whatever. (18-20)

The flexibility and freedom homeschoolers enjoy is perfectly suited for this kind of science, constructed from bits and pieces. Future scientists may need to seek mentors with specialized equipment and practical wisdom, but the roots of science nestle deeply in simple things that any family can access.

Like many homeschoolers, my family illuminated a light bulb using a simple circuit built from copper wire, a battery, and nails. We made rock candy out of sugar water and string. We squeezed a hard-boiled egg into a bottle to demonstrate a partial vacuum. Other adventures in early science were less precise and looked more destructive from the outside: taking apart a spring-loaded pen to see the components and trying to put it back together again; engineering repairs for a stuffed animal using duct tape, fabric paint, and paper clips.

I love the existence of modern technology as much as anyone, but I do not want to lose the sense that everyday inventors can unravel mysteries, too. It is never a waste of time to wander the aisles of Lowe’s, Home Depot, or (until recently) Radio Shack, imagining what the mélange of parts could be used to build.

Lesson 2: The Science of Missing Pieces

The science of spare parts also draws me to the original writings of scientists. If we limit our study to the clean summaries and “Eureka” moments depicted in science textbooks, especially in high school and beyond, we miss the scribbled-out wrong answers and devastating failures, the explosions, the rejected grants, and the bits of broken glass.

Dr. Townes writes, “In fact a life in science, as with most things human, has haphazard aspects, taking off in directions that are hard to predict” (30-31). We see that the laser happened, but not how and why.

Likewise, we see that computers were invented, but not how and why. When I had finished destroying my old laptop, my newfound curiosity led me to search for the writings of an early computer scientist, Gottfried Wilhelm Leibniz (1646–1716). You may have heard Leibniz called the “father of computer science.” So had I. That snippet of knowledge gave me a starting point, but I wanted to know more about the man.

A standard biography led me to Leibniz’s Discourse on Metaphysics,1 in which he writes, “The more we come to know and understand God’s works, the more inclined we shall be to find them excellent…” (s.1). I knew that Leibniz played an important role in the development of the binary number system, but now I was seeing him apply science to knowing God.

The twenty-nine-page Discourse contains the deep thinking and struggles of a human scientist. He wrestles with contemporary debates; he questions; he admits the limits of his own knowledge; he marvels; and his studies of physics, biology, logic, philosophy, and mathematics are central to it all. I won’t pretend I understand everything in this treatise or agree with it all, but by reading Leibniz’s own words, I am able to fill in some of the pieces missing from a textbook summary.

Lab reports and vocabulary lessons are important skill sets, but imagine how much richer the study of science might be if these were paired at home with scientists’ original writings and kept alive through everyday investigations into the spare parts that lead to discovery.