The Stories We Didn’t Tell 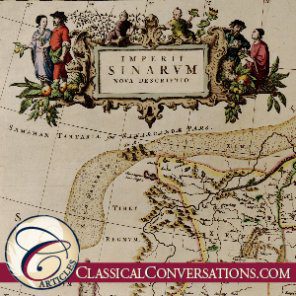 Categories
Classical Christian Education
There’s so much. Beginning to write this article reminds me of how I first felt when contemplating the task in front of me six months ago: find the stories of how geography impacted the histories and cultures of Asia and tell them to our readers in a new Classical Conversations cartography resource. I was completely overwhelmed. I spent years in college studying Chinese language, history, and culture, and to date I only know how little I know.
The Chinese count five thousand years of unbroken recorded history of their land, and they were only one nation among forty-eight, each of whom had stories I needed to tell. Four “cradles of civilization” are in Asia, meaning there are no less than four places inhabited by humans since nearly our beginning. All of the world’s major religions were conceived in Asia, from the bodhi tree in India where the Buddha found his answers to a small, empty tomb in East Jerusalem. So, given that Exploring the World Through Cartography is not a multi-volume shelf-busting encyclopedic work, there were stories left out. It hurt to cut them out of the text. Some of them answered longstanding questions I had. Some of them are just endlessly fascinating. This is one such story.
Iran, formerly known as Persia, is a nation divided by soaring mountains into deep basins, usually with an oasis at the bottom. Population centers grew around these oases, and villages on the slopes paid tribute in exchange for protection against the wild mountain tribes. These basins used to function as independent states, sealed off by their mountains from the rest of the world. That changed with the invasion of first the Assyrians, and then the Babylonians. These extremely cruel and oppressive conquerors forged the Medes and the Persians into a single unified national identity, and led by the conqueror Cyrus the Great, these united Persians overthrew the Babylonian rule in 550 BC, drove north, sacked Babylon, and expanded their holdings into the largest empire the world had ever known. Persia was the world’s first global superpower.
Nothing could stop the Persian empire, it seemed. They swept over Egypt, formerly the greatest civilization of the Western world, like a flood. The rising tide of their influence pushed them into northern India, where they crashed against the Magadha Dynasty. Their avarice was boundless; they raised mountains of wealth and power with which to grasp the world, and worshipped their king as “King of Kings”.
Then, in 498 BC during the reign of Darius the Great, Persia provoked a small island in the Mediterranean full of men who liked to think. The island of Greece stood against the full might of the Persian military, and repeatedly achieved stunning victories despite being vastly outnumbered. The Greeks and the Ionians halted Persian expansion into Europe, and cemented Greek culture as the dominant influence in Europe for millennia to come.
In 334 BC, Greek superiority was underlined by Alexander the Great, still known as Alexander the Accursed in modern Persian. He crashed through the entire Persian empire in three years, and rushed eastward, also bringing him into conflict with the great Indian dynasties. Pyrrho, Anaxarchus and Onesicritus, who were famous Greek philosophers, went with Alexander on his eastern campaign, and they learned from the Indian Gymnosophists, the “naked philosophers.” It was in this way that the Greeks learned of the new religion of Buddhism. Striving ever eastward, Alexander discovered the fertile Fergana Valley in the high Tian Shan mountains in modern-day east Uzbekistan, and established a colony named Alexandria Eschate, “The Furthest.”
Two hundred years later, in 130 BC, Chinese explorer Zhang Qian discovered this thriving, now very Greek and very Buddhist, colony in the Fergana Valley. He noted the surprising sophistication of Greek culture and society, and especially the splendor of their horses. He called them Dayuan, “Great Ionians,” and proposed to the Emperor of China that here was another civilized people, and perhaps it would be beneficial to trade with them. The journals of Zhang Qian are one of the first recorded contacts between the Far East and the West; and his suggestion of a trade route between them would become the Silk Road. The Greek Buddhists that travelled back to China with Zhang Qian were the first Buddhists to reach China, and their arrival marked the beginning of the Middle Kingdom’s long involvement with the teachings of the Buddha.
And so this, of course, is only the beginning. There are many other fabulous stories of culture, empire, and intrigue to discover, only some of which are in the cartography book. We hope that, by collecting some of these stories in a beautiful, easy-to-use resource, we will spark your family’s imagination and rouse your curiosity to seek out more. The world is full of wonderful stories, and the more we can learn about it, the more it teaches us about the Author of all stories. 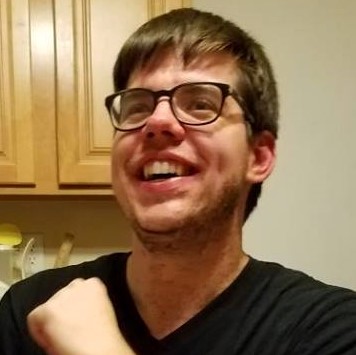 Sam James graduated from the Classical Conversation Challenge Program in 2011 and went on to study Chinese at UNC-Chapel Hill and travel a bit in China before coming back to his home state of North Carolina, and becoming an editor for Classical Conversations. He has a deep and abiding love for food and cheer and song, reading as much as possible, weddings, poetry, birthday parties, and the like. His favorite authors are numerous, his favorite poet is T.S. Eliot. His favorite tea is the green tea grown in the Longjing Village in China.  He is hoping you will google that, and get yourself some. It is delicious. His passions are to teach people how to think about things, and ESL instruction. His final aspiration is to be caught up into the eternal “Gloria!” and forever reflect the magnificent superb wonderful splendid desirability of his Savior.