The Two Most Common Misunderstandings I Have Seen Concerning Latin 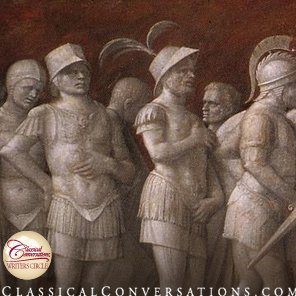 I hope the end of the school year finds you well. Memory Master testing, awards, and, perhaps, blue book exams await you! These days are very exciting and busy.

It seems as though God has given me two matters about which to expound. Recently, I have received emails concerning these two topics and I hope that by writing this article I can prevent some confusion.

• Object of the Preposition: In English, we have many prepositions and we consider many nouns to be objects of prepositions. We overuse this. The Romans were much more logical in their language. In Latin, a noun is considered to be the object of the preposition only in cases where there is a preposition within the Latin. The “of” in the translation of genitive or the “to/for” in dative, for example, do not count. Prepositions will either be with a noun in the accusative case or in the ablative case, or include the words ad, in, per, de, propter, prope, and sub. In conclusion, please remember that the object of the preposition is only used in Latin if there is an actual Latin word which is a preposition present.

• If the verb is transitive the –us form is the masculine perfect passive participle and can be translated basically as “having been ____ed.” For example, amatus would be “having been loved.” If a verb is intransitive, then it cannot have a direct object. If it cannot have a direct object, then it cannot be passive because passive voice requires the direct object as the subject of the sentence (the receiver is the subject of a passive sentence rather than the doer). Therefore, for intransitive verbs, such as valeo, valere, valui, valiturus, meaning “to be strong or to be well,” the fourth principal part is the future active participle because valeo cannot be passive. Valiturus would be translated “about to love, destined to love, determined to love, or even intending to love.”

• The fourth principal part which ends in –um is called the accusative supine. The supine is used to express purpose after verbs indicating motion. These are rarely seen, but are useful nonetheless. Cicero and Virgil both like to use supines occasionally. With that said, the supine can also be considered as the neuter perfect passive participle of a transitive verb. It is easy to form the perfect passive participle using the supine as your stem! This is why I like the supine: it can be used for double duty. This is why I put them into my Latin appendix (which is in the back of the Challenge guides). Hopefully, it does not create a stumbling block for anyone learning Latin!

These two grammatical points can be troublesome for some people. Just remember, back up and pray about it. Latin is a very logical language and God has given us brains to figure it out!