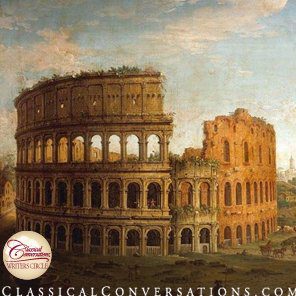 Let us review the basics of the thirds. Third conjugation verbs have –ere (short “e,” in contrast to the second conjugation which has a long “e” with a macron: ē) as their infinitive ending and their present tense has “i” and then “u” (3rd plural) as its theme vowels. Third conjugation also has no “bo’s/beaus” in the future, but instead has –am, -es, -et, -emus, -etis,-ent as its endings. Third declension nouns have no set nominative (if you see a nominative that looks weird, it is probably a third). They are recognizable in a vocabulary list because their genitives end in –is. Third declension nouns have all three genders intermingled. Third declension also has a subset called third declension I-stems in which all genders have –ium in their genitive plurals and the neuters have –ia in their nominative and/or accusative plurals.

Third declension adjectives are declined like third declension I-stems, with a few exceptions. The ablative singular has –i as its ending instead of an –e (I sometimes forget this when teaching it to lower level Latin students, but I am happy to report that in poetry, you sometimes see the –e instead of the –i). The genitive plural has –ium instead of –um. The neuter nominative and accusative plural, which follows the neuter rule, ends in –ia instead of plain old –a.

Just like third declension nouns and third conjugation verbs, these adjectives have a great payoff for learning them. Some of the best derivatives of Latin come from third declension nouns. Remember, 52.6% of English words come from Latin and 90% of words that contain two syllables or more are derived from Latin. It is true for most of these, that if you add the suffix –ity in English to the stem, you get a great English noun. Some of those nouns include, but are not limited to: celerity, community, facility, gravity, and nobility. Also, the two termination adjective omnis, omne meaning “all, every” has produced the excellent derivatives we use to describe our God: Omniscient, Omnipresent, and Omnipotent.

This concludes our tour of the Latin IIIs. Please let me know if you have any questions!