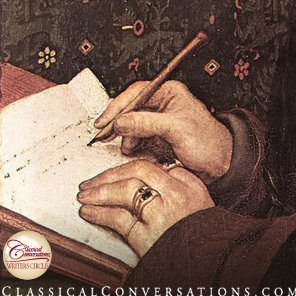 Last month, we dealt with those pesky third declension nouns. This month, we will take a look at third conjugation verbs.

For some reason, thirds are always a bit difficult in Latin. Please keep in mind that the Romans did not order declensions and conjugations; rather, those who were teaching the language to others gave them declension and conjugation numbers in order to teach them. It is comparable, perhaps, to us putting words into word families when teaching plurals or participles. Once things are sorted into groups, they are easier to learn.

There are two difficult aspects of conjugating verbs in the third conjugation:

In summation, here are the three hard—but not insurmountable—characteristics of third conjugation verbs: the principal parts are highly irregular and generally must simply be memorized—but it helps to notice there are subtle patterns that can help; the present tense has an –i (and -u) instead of the –e you expect…however, we can memorize that fact quickly; the future does not have –bo’s, but it still has the same personal endings upon which verbs are based  (-m,-s, -t, -mus,-tis,-nt).

God has given us the logic to sort out the third conjugation. It uses the same endings as the other conjugations for all the tenses except the future. It use the same principal parts for each tense; the perfect, pluperfect and future perfect, for instance, use the third principal part minus the –i. We just have to be mindful of third’s present theme vowel, its future endings, and its principal parts!

May God bless you in your studies and during this Christmas Season!