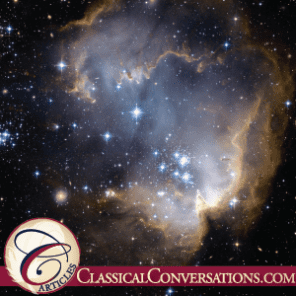 “Logic is the beginning of wisdom…not the end.”  -Spock, Star Trek VI: The Undiscovered Country

Admittedly, I’m a bit of a Trekkie. You know, a Star Trek fan.

I’m not sure if it was the “Trouble with Tribbles” television episode and the adorable fuzzy creatures that multiplied at an alarming rate or if it was the movie, The Wrath of Khan, where “the needs of the many outweighed the needs of the few,” but the combination of science fiction and friendship as the USS Enterprise crew boldly went where no one had gone before brings back fond memories of my childhood. And don’t even get me started on the J. J. Abrams reboot (LOVE IT).

Even if you aren’t a Trekkie, it’s engrained in our collective Western-culture consciousness that Spock is symbolic of pure, cold logic. From his impossibly angled eyebrows and strikingly symmetrical haircut to his pointed ears and clipped language, Spock embodies what so many of us think and feel about logic.

Calculated, emotionless, and palatable only in small doses, logic is frequently relegated to a healthy but unappetizing side dish in the classical education feast.

Really, had logic not been on the Classical Conversations Challenge “menu,” I doubt that our family would have served ourselves a helping of it on our own, but after a year of syllogisms, the square of opposition, and “Some S is P” in Challenge B, my daughter declared that she loved it.

As a student who had dwelt more in the city of Dictionopolis (words) than Digitopolis (numbers)*, my daughter discovered that logic was sweet Rhyme and Reason, an art and science that allowed her to see that words and numbers must be in right relationship in order to truly be a part of the greater Kingdom of Wisdom.

The beauty of logic is that there is something innate within our children and ourselves that craves that which it can help provide: the understanding and order which comes from properly related thoughts.

We live in a culture that prides itself in being technologically advanced, and yet we have banished logic from our educational curriculum as well as our cultural conversation, the effects of which can be seen by the cacophony of “information” spewed 24/7 through any and every media available.

Never have we been more bombarded by a constant stream of data along with what it is supposed to mean. If our smartphones aren’t dinging up-to-the-minute news updates, then Facebook insures that we won’t miss anything “important” going on in the world around us. Television and radio, in the words of Dorothy Sayers in The Lost Tools of Learning, have made sure that “no aversion to reading shall secure [us] from the incessant battery of words, words, words.”

The problem is that words don’t always mean what we think they mean, at least not the way they are wielded today. “Sick” used to mean ill, but now it means “cool.” “Cool” used to be the opposite of warm. And those are simple, humorous examples. What about the words “progressive” or “conservative”? Why do they seem to mean totally different things on Fox News than CNN?

But seriously, how often have we listened to a news report or read an article and have just known something was off but couldn’t quite explain why, and what should that mean for how we prepare our children for life outside of our homes?

This year’s Parent Practicum theme is Reasoning Together: The Art of Relationships, and a cursory internet search about “college student protests” illustrates just how timely the theme is. Stories like this and this provide sobering snapshots of students staunchly refusing any attempt to engage in meaningful dialogue.  Full of righteous indignation, they demand to be heard but refuse to listen, rejecting not only reason but also the one who attempts to reason; and regardless of whether it is because they are unwilling or unable to navigate the intricacies and nuances of differences in opinion, we are all made poorer by it.

Sure, it may be tempting to dismiss these incidents like we do the videos showing college students failing miserably at impromptu street interviews on history and civics with a quip about “liberal colleges,” but we have to remember that these students are many of our children’s future classmates, and they are this nation’s future.

Given the general state of higher education today, I sometimes wonder what lies in store for our country and our children. However, what I do not question is the need for us to gird our students in the art and science of reasoning and to equip them with the tools that allow them to winsomely engage in conversation those with whom they have differing opinions.

Logic alone cannot single-handedly save our world any more than Spock alone saved the Enterprise. As the plot line of every Star Trek movie and television show repeatedly illustrated over half a century regardless of producer or director, it was only when Captain Kirk, Uhura, Scotty, Dr. McCoy, Chekov, Sulu, and Spock worked together as a team, reasoning with one another through difficult and sometimes dangerous situations, that they were able to overcome adversity.

As we continue in this Practicum season, I hope everyone takes the opportunity to participate in the greater community discussion about logic, reason, and the art of relationships. Together we have an opportunity as homeschoolers to boldly go where very few dare to go today.

*Dictionopolis and Digitopolis are two capital cities in the divided Kingdom of Wisdom Norton Juster writes about in his novel The Phantom Tollbooth. Ruled by brothers King Ahazz the Unabridged and the Mathmemagician respectively, the cities are at odds with one another since they banished their adopted sisters Rhyme and Reason for their refusal to declare one better than the other. Students in the Challenge B program are given the opportunity to read this book.