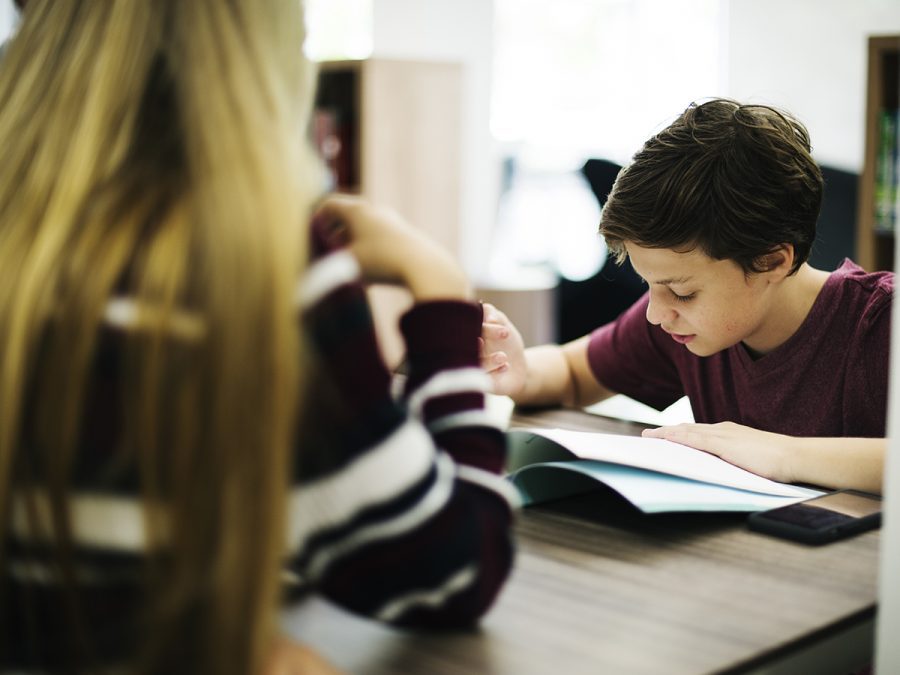 We know that the study of Latin helps students with their SATs, that 50-60% of the English language comes from Latin, and that 90% of these English words are more than two syllables. We know that Latin increases a student’s vocabulary exponentially and consequently augments reading comprehension. Learning Latin also facilitates the study of Romance languages like Spanish, French, and Italian. However, there are several lesser-known benefits of learning this subject that we believe make a compelling case for why students should study Latin, even if it is thousands of years old.

Important Note: There are some complicated words in this post, words like nominative, accusative, and declension. Unfortunately, words like these can intimidate students and teachers and stop them from considering the many great reasons to study Latin. But as with all subjects, the first step to learning Latin is to understand its “grammar” — or foundational knowledge — which unavoidably includes these terms. So, if you are new to the study of Latin, bear with us while we inevitably have to use these unfamiliar terms. Soon, with repetition and practice, you and your student will have the grammar of Latin memorized and will be able to reap the rewards of learning this subject!

Now, here are the top five reasons why you and your student should learn Latin:

For example, the word peto, petere means “to seek, beg, ask, attack, or aim at.” Look at the following sentence: Petimus auxilium. Petimus is in the present tense and has the ending -mus. From that, we know that the subject is “we.” Auxilium means “help” and is a second-declension neuter noun, which means that it could be either the nominative subject or the accusative direct-object singular. Based on this, we know that the basic sentence is going to be translated as “We ____ help.” Since it doesn’t make sense to attack help, the best translation would be, “We seek help.” Not only do we need to understand the sentence syntactically, but we also need to figure out what makes the most sense in English. This is just one of the few ways that Latin gives the mind a serious workout, which helps strengthen students’ mental abilities.

After students learn the roots of words, they will see the Latin influence in the English words. Similarly, students gain fortitude in that 90% of English words with more than two syllables once they study Latin spelling patterns.

Two words that come to mind are separate and definite. Separate comes from the Latin word pars meaning “part.” When a student learns that word’s derivation, it is unlikely they will misspell the word with “per” in the middle. The same is true for definite. It comes from the root finis meaning “end.” The study of Latin helps students sort and spell words based on their roots rather than memorizing isolated words. In a study of sixth-grade students in Indianapolis, IN, students who took Latin were four months ahead of their peers in spelling.

Dante, Milton, Swift, Tolkien, Lewis et al. studied Latin vigorously. Naturally, their writings reflect this study of Latin in word choice, sentence structure, and content. Although Shakespeare and Chaucer did not study Latin in much detail, each had studied English translations of Latin originals. Some of their tales are simply retellings of Greek and Latin myths. Not only does one’s knowledge of Latin help with reading comprehension, but it also acclimates one to vocabulary, sentence structure, and content used by these great authors of classic works.

When students read authentic Latin, they learn the great rhetorical techniques of Cicero, the speeches of Virgil’s Aeneid, and the persuasive techniques of Julius Caesar. Students not only see the strength of Cicero’s figures of speech such as anaphora and alliteration, but they also see his use of praeteritio (pretended omission for rhetorical effect — look at the opening paragraph of this post to see an example!).

5. Study Latin to Decrease Effort Needed in Other Subjects by 50%

In tutoring Essentials and directing Challenge, I have noticed that students who study Latin struggle less in other subjects — much less. Indeed, Latin is the key to academic vocabulary and grammar, whether it is logic, biology, or English grammar. With a Latin background, students can learn any subject more easily because they can understand the vocabulary of that subject more readily.

My favorite quote from Dorothy Sayers’ famous essay promoting classical education, “The Lost Tools of Learning,” is this:

“I will say at once, quite firmly, that the best grounding for education is the Latin grammar. I say this, not because Latin is traditional and medieval, but simply because even a rudimentary knowledge of Latin cuts down the labor and pains of learning almost any other subject by at least 50 percent. It is the key to vocabulary and structure of all the Romance languages and to the structure of all the Teutonic languages, as well as to the technical vocabulary of all the sciences and to the literature of the Mediterranean civilization, together with all its historical documents.”

This reason alone is enough to answer the question, “Why study Latin?” It is easy to point out the interrelatedness of knowledge when Latin is so vital to the study of all subjects’ vocabulary. Indeed, a thorough knowledge of Latin gleans many gifts for students.

These are just a few of the many reasons why students should learn Latin. There are many other benefits, from helping to learn other Romance languages to just building good character through hard work and determination.

On the search for a Latin homeschool curriculum? We recommend the parent-friendly Henle Latin textbooks in our community-based Classical Conversations programs. Still, the thought of teaching Latin can be intimidating for homeschool parents no matter how good your Latin homeschool curriculum is. So, do whatever you need to do to remember these reasons to learn Latin to help motivate you through your Latin studies, whether that’s printing out this post and hanging it on your schoolroom wall, writing down these five reasons on a notecard, or bookmarking this webpage.

3 Reasons to Study Latin (for Normal People, Not Language Geeks)

Check out this video below, which reinforces the importance of learning Latin today:

Looking for more reasons to study Latin? These resources below (used in researching this post) discuss the many benefits of Latin in more detail: