Translating from Latin to English 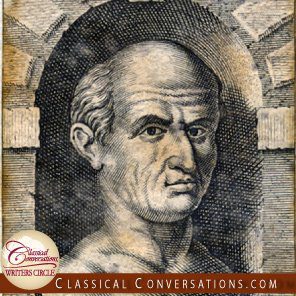 A couple of months ago, we talked about translating from English to Latin. This month, we are going to discuss translating Latin to English. This is predominately what you will be doing in Latin in the later years when you study Vergil and Caesar. The premise is similar:

• Victorious—VOCABULARY—Make sure you know all of the vocabulary in the sentence. If not, use your glossary/dictionary. In upper level Latin, you will sometimes need to look up the words you know to find a different meaning that is more pertinent to the sentence.

• Vinnie—VERB—Find the verb in the sentence. In prose, it is usually at the end. If it ends in –t or –nt, you need to find the nominative. In one of the examples below, you have a nominative as well as a first person plural verb. The nominative acted like an appositive of the pronoun.

• Ate—ACCUSATIVE—Find the noun in the accusative case (if there is one). Remember, only transitive verbs have direct objects.

• Elves—EVERYTHING ELSE—If you have a verb of giving, showing, telling, you probably will have a dative in the sentence. If you have a form of “sum” you will have either a predicate nominative, predicate adjective, or a prepositional phrase. If you have a conjunction between clauses, you will have to divide up the clauses. Translate your adverbs where they make sense. Adjectives agree with their nouns in gender, case, and number. Make sure you have every word translated.

Assuming you know the vocabulary, now you look for the verb in the first clause: parātis, second person plural: you all prepare for, you all do prepare for, you all are preparing for. We do not have a nominative, so we use the pronoun implicit in the verb. Bellum could be nominative since it is neuter, but it would not match the verb in person and number. We need to use our adverb next to our verb: You all do not prepare for war. Now, we focus on the clause after “because.” The verb is estis, “you all are.” What comes next? Glory and victory as predicate nominatives would not make sense, would they (“you all are glory and victory”)? What about cupidī? Make sure your students remember that cupidī takes a genitive after it. Here, we have two genitives: of glory and of victory.

You all do not prepare for war because you are not desirous of glory and victory.

The verb ōrāmus means “we pray, we are praying, and we do pray.” It is intransitive, so we need a prepositional phrase to tell for whom we are praying. Prō means “for” or “on behalf of.” For whom are we praying? All men! However, we have another word we have not translated: Chrīstianī. It could be genitive or nominative. Genitive follows what it possesses, so it is not genitive. As nominative, it will be describing the subject.

We Christians are praying on behalf of all men.

Translating is just like a puzzle. Keep piecing the words together until they all fit. If you want me to write another article on translating for Latin II and III, please let me know. May God bless you in your endeavors!