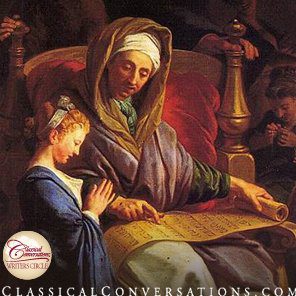 Of all the intellectual tools I have been given over the years, there are two that stand out as exceedingly valuable for me. Both of these were bequeathed to me by my parents through the example they set for me; they never taught me these things directly, but I was able to see the wisdom in them.

The first gift is self-skepticism. This gift was given to me by my father. I distinctly remember coming home from school and telling my parents about the guest speaker who had spoken to us about “saying no” to drugs. My parents asked me why I should say no to drugs. I responded that using drugs prevents us from being who we really are—it hides our true selves. My dad then asked me, “What if someone says that their true self is what they are when they use drugs?” Now, my dad is certainly not in favor of using drugs. However, he knew that the argument I presented was very weak and he quickly showed me its difficulty. In that moment, I realized that arguments—even those in support of good causes—need to be true in and of themselves. It is not enough that the cause they support is true or good; the argument itself must be valid and true. Likewise, I cannot keep even my own cherished assumptions from scrutiny. I must put myself under continual review to make sure that my own ideas stack up.

It turns out that supporting your ideas is immensely easier when you are your own harshest critic. I often find that when discussing issues with others, I can actually identify better critiques of my own opinion than can those who disagree with me. Knowing your weaknesses ahead of time is highly valuable, whether in a political discussion regarding public policy or in a business discussion regarding contracts. Being self-critical also helps you improve your ideas by helping you eliminate the bad ones early and by helping you refine the good ones before others have a chance to toss them out.

The second gift I received growing up has to do with being on the other side of the discussion—generously listening to others. This gift was given to me by my mother, who demonstrates it by generously listening to me when we have sharp disagreements. My mother tends to adhere fairly rigidly to social norms, while I tend to rarely adhere to them at all. We were having a discussion about some social norm one day (I forget which one) and, after she thought about my position for a while, she told me the following story: “A woman was teaching her daughter how to cook a roast. She cut off both ends before sticking it into the pan. Her daughter asked why this was necessary. She paused and realized she didn’t know. So she went and asked her own mother, who had taught her. Her mother didn’t know either, but said she learned it from her grandmother. So she went to her grandmother and asked her why she cut both ends off the roast. Her grandmother said, ‘It was because the pan was too small for the whole thing!’”

My mother’s point in telling me this story was to let me know that she understood why I might be criticizing social norms and also—just as importantly—why I might be right. In other words, she saw the conversation as an opportunity not just to tell me why I was wrong (as most people do), but as an opportunity to consider the good in what I had to say. A paraphrase of a section Aristotle wrote in The Nichomachean Ethics is often translated as, “It is the mark of an educated mind to be able to consider a thought without accepting it.” This is precisely what my mother taught me through her actions. And it means not just entertaining the thought, but giving it serious consideration. I find that even when I disagree vehemently with someone else, there is an element of truth in what they are saying. There is usually a “reason-behind-the-reason” that is true, even if the main ideas are false. For instance, behind most left-wing political ideas (with which I strongly disagree ) is the idea that people are suffering and we are not doing enough to stop it. This idea is, in fact, often completely true. Right-wingers tend to be overly complacent about where they are, and about where everybody else is, in life. Leftists tend to see the suffering very well, but usually have policies that make the problem even worse. However, simply ignoring, countering, or belittling leftists is not the answer. We must listen to them and understand why they believe what they believe. We must deal hospitably with their beliefs and their reasons for their beliefs.

Let’s consider another example—evolution. Despite my disagreement with many aspects of evolutionary theory, I find that listening deeply to evolutionists helps me to understand aspects of God’s creation that I could not otherwise understand. The evolutionists may be wrong in the final formulation of their ideas, but usually there is great value in listening to the ideas and reasoning they applied to get there. If I just left my point as, “I disagree,” I would miss out on the richness of the treasure that is there. In fact, I have become so practiced in this area that sometimes it is actually easier for me to see the truth of creation revealed in the work of evolutionary biologists than in the writings of creation biologists.

These are the two great gifts I received from my parents and I pass along to you: self-skepticism and deep listening. May they serve you as well as they served me.