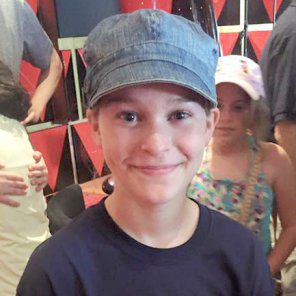 Nassau, Bahamas—To the uninitiated ear, the answers sound like gibberish—faster than an auctioneer. But Sophia DiPiazza, 13, of Allendale, Michigan, not only knows exactly what she’s saying, she’s also performing dozens of math equations in her head to get those answers. All in 60 seconds.

Sophia can perform these mental math gymnastics so fast, in fact, that she won the National Number Knockout championship Tuesday afternoon, along with a $10,000 grand prize. Her mother, Rebekka, won $2,000 as her teacher.

Sophia was one of 16 finalists in the National Number Knockout (N2K) competition held Tuesday during a five-day cruise to the Bahamas aboard the Carnival cruise ship Victory. The competition began with 16 10-14-year-old students from all over the country. When three lightning-fast rounds were over, Sophia was the sole competitor left standing.