What Are We Afraid Of? 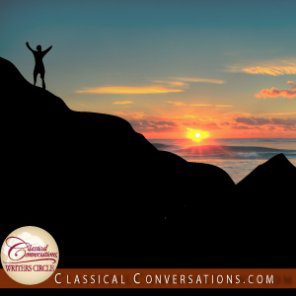 Your spirit has been bruised by cowardice,
Which many a time so weighs a man’s heart down
it turns him from a glorious enterprise-
as shadows fool the horse that shies away.
(Dante, Inferno, Canto II)

In this early scene from Dante’s Inferno, Vergil urges Dante to press forward in his God-ordained journey through the underworld. His vivid language draws a picture of what fear does to the soul. Fear bruises the soul like a physical injury. Fear tricks the heart as shadows fool the horse. How many times are we tricked into shying away from a mission because we are afraid of shadows? How many times have we missed a “glorious enterprise”?

I have been homeschooling for just over a decade now and I have been working with families across the country for most of that time. The primary emotion of homeschooling can be summed up in one word: fear.

Fear is a devastating emotion which is addressed in Scripture again and again. One of my personal favorites for homeschool encouragement is “For God hath not given us a spirit of fear, but of power, and of love, and of a sound mind” (II Timothy 1:7, KJV). We will never have all knowledge of maths, sciences, foreign languages, and writing, but we serve the One who does.

Fear haunts the steps of everyone who faces a glorious adventure. In The Hobbit, Tolkien describes two great moments of decision for Bilbo Baggins. The first comes when he decides to leave his comfortable home to go on the quest with the dwarves. The second occurs when he is in the tunnel about to face the legendary dragon Smaug.

It was at this point that Bilbo stopped. Going on from there was the bravest thing he ever did. The tremendous things that happened afterwards were as nothing compared to it. He fought the real battle in the tunnel alone, before he ever saw the vast danger that lay in wait. (214-15)

Remember that he has still never seen a dragon. At this moment in the tunnel, it is just a shadow if you will, an idea of a scary beast. So, it is here, in the moment of decision, that Bilbo fights the real battle.

I recently read Egermeier’s Story Bible to my children. In the section on Joshua 22, we read about the tribes who settled on the near side of the Jordan (Reuben, Gad, and Manasseh). Joshua gave them permission to choose that site, but they were expected to join the Israelites in taking the land before they were allowed to settle permanently.

So, they fought alongside the other tribes and then returned to settle in Gilead. These tribes were now physically separated from the other tribes by the river, so they constructed an altar to demonstrate that they served the same God. The other tribes were afraid that God would punish them for this altar which was outside of God’s prescribed center of worship. The other ten tribes responded in fear: “In fear they gathered together and planned to cross the river to fight those who had disobeyed God’s word.” Fascinating. Because of fear, they gathered an army and prepared to attack.

By God’s mercy and grace, they allowed Phinehas the priest to go and speak with the tribes who responded:

Although Scripture does not explicitly mention fear in Peter’s denial of Christ, we can safely assume that he was afraid. Once, our entire nation was gripped with fear during the lowest point of the Great Depression. So, in his inaugural address Franklin Roosevelt said: “first of all, let me assert my firm belief that the only thing we have to fear is fear itself—nameless, unreasoning, unjustified terror which paralyzes needed efforts to convert retreat into advance.” Fear not only paralyzes us, it removes our ability to reason.

Therefore, this fall, as you face a new adventure in homeschooling you can be sure that the journey will sometimes be fraught with peril. As Bilbo says, “Adventures are not all pony-rides in May-sunshine” (33). You can also be sure that you risk much in order to secure a glorious adventure, one planned out beforehand by God Himself. May we all face our adventures with courage and may we fortify our children to do the same.

Roosevelt, Franklin Delano. “The Only Thing We Have to Fear Is Fear Itself.” First Inaugural Address. rymatters.gmu.edu/d/5057/ Accessed 9/12/14.