What if Adam and Eve had been Challenge Students? 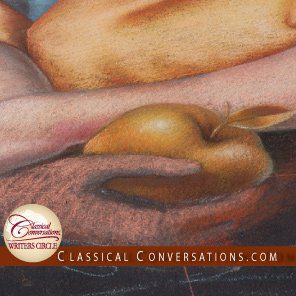 Recently, a few of our city commissioners tried to pass an ordinance that was clearly unbiblical. As I was discussing it with others, I stumbled upon a disturbing trend. While everyone I talked with agreed that the ordinance was wrong, most could not effectively support their position—especially when asked to use nonbiblical support. They knew it was wrong, but they did not really know why it was wrong. In my Wednesday evening Bible study for high school senior boys, I discovered the same trend. All the boys agreed the ordinance was wrong. But after letting them discuss amongst themselves the two sides of the issue, it only took about twenty minutes for them to begin convincing themselves that maybe the ordinance was not so bad after all. By the way, I forbade my son (a Challenge student) from engaging in the discussion. He alone was able to defend his position. That is what Challenge does. Ultimately, the ordinance failed, but that episode provoked me to cerebral cogitation, and generated a fairly whimsical question in my mind. What if Adam and Eve had been Challenge students?

I will not begin to dig into the deep theological questions regarding omniscience, predestination, and free will. Perhaps God’s plan of redemption included a foreknowledge of The Fall. However, I would like to ponder the question just for academic curiosity. Could the history of mankind have been radically different if our first parents had been Challenge students, well versed in the art of debate?

Essentially, God laid out the policy that eventually came under debate in Genesis 2:16-17: “And the Lord God commanded the man, saying, Of every tree of the garden thou mayest freely eat: But of the tree of the knowledge of good and evil, thou shalt not eat of it: for in the day that thou eatest thereof thou shalt surely die” (KJV). Satan, being on the Affirmative side, sought a debate to challenge that policy. This was his proposition: “Be it resolved that the tree of the knowledge of good and evil should not be off limits.” Eve stood alone on the Negative side. And we know how the debate turned out.

However, what if Adam and Eve had been Challenge students. What if they had been trained in the science of logic and the art of debate? What if they had spent time learning why they believed what they believed, and had spent time learning how to defend their position? Might they have recognized what was really happening during this impromptu, yet historically significant, debate?

Satan’s First Affirmative Constructive: His initial attack is seen in Gen 3:1 – “Yea, hath God said, ‘Ye shall not eat of every tree of the garden?’” (KJV) Satan presented no “Harms” in his opening argument. He made no attempt to convince Eve that there was anything wrong with God’s policy. He simply asked a leading question.

Eve’s First Negative Constructive: Her initial response is seen in Gen 3:2-3 – “And the woman said unto the serpent, “We may eat of the fruit of the trees of the garden: But of the fruit of the tree which is in the midst of the garden, God hath said, ‘Ye shall not eat of it, neither shall ye touch it, lest ye die’” (KJV). Eve, perhaps not recognizing or anticipating Satan’s impending attack, responded by simply restating God’s policy. She included no support for her position. Simply adding a single article of support might have ended the debate at that point, viz: “…and He is my Creator, the Sovereign of the Universe. His Word is Truth; hence I stand firm on His policy.”

Satan’s Second Affirmative Constructive: Satan’s second argument is seen in Gen 3:4 – “Ye shall not surely die,” the serpent said to the woman. “For God doth know that in the day ye eat thereof, then your eyes shall be opened, and ye shall be as gods, knowing good and evil” (KJV). This is when Satan quickly gained the offensive. He immediately launched into his attack, beginning his onslaught with a logical fallacy—ad hominem. Satan tried to drive a wedge by turning Eve against her Policymaker. He basically attacked God’s character instead of God’s policy. While effective, it was nonetheless fallacious, and it went unrecognized. He succeeded in convincing Eve that God was stingy. God simply wanted to keep His wisdom from her, and so prohibited her from eating the fruit that God knew would make her wise. The policy was not designed to save her from certain death; it was designed to oppress her very existence. Simultaneously, Satan successfully utilized another logical fallacy—tu quō que. Essentially, Satan advised Eve that God knew good from evil, so why should He prohibit her from the same knowledge? Here, also, is where Satan tacitly presented his plan. He did not say it outright, but the implication was clear, “Eat the fruit!” He presented no convincing “Advantages” to support his plan. Although he did say that Eve would become like God, he never indicated why that would be advantageous. The idea that she would “not certainly die” was not an Advantage of Satan’s plan (for Eve to eat the fruit), it was simply a denial of the current policy’s consequence.

Eve’s Second Negative Constructive: Eve’s last response is seen in Gen 3:6 – …she took some and ate it. She also gave some to her husband, who was with her, and he ate it. Her response was an active one, not a verbal one. By this point, the debate was over. Eve had conceded Satan’s point. And, as they say, the rest is history.

My experience with the city ordinance, along with observation of a moral, cultural decline and a bit of inductive reasoning, leads me to realize that our culture is teeming with people who are unable to defend Truth. There is a very good (and extremely critical) reason that we must train our children in the art of logic and of debate. Our culture in general is unable to defend Truth. Hence, we must take on that task, and pass it on to our children. We must equip them to defend Truth so that they will not be like infants “tossed to and fro, and carried about with every wind of doctrine, by the sleight of men, and cunning craftiness, whereby they lie in wait to deceive” (Ephesians 4:14, KJV). If successful, then maybe when Satan attacks at some point in the future, our progeny will, indeed, be able to stand and defend Truth. And maybe, our future history will be strikingly different.