What We Do, Well… 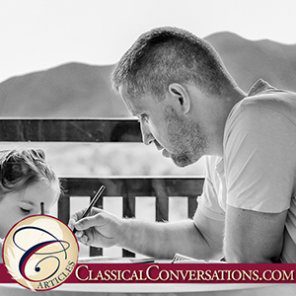 “Well, I work in a coffee shop, but I just finished a Ph.D. in literature.”

“Well, I work in sales right now, but I have a degree in biochemistry.”

“Well, I’m trained as a chiropractor, but now I’m a stay-at-home mom.”

“Well, I taught for thirty years, but I just recently retired.”

“Well, I used to be an engineer, but now I tutor math students part-time.”

“Well, I’m between jobs at the moment, but I’m an architect.”

It is such a simple word, yet with it we convey so much about the way a query makes us feel. We pause and drag out the vowel, attempting to delay our carefully rehearsed response. That simple letter “e” stands in for a string of phrases: “If you must know…I was hoping you wouldn’t ask that question…it’s a long story.” When we finally exhale our reply, it slides out smoothly, but inside, the subtext is something like this: “I know my situation doesn’t fit the mold. I know it violates some unspoken rule about meaningful careers, or modern ideals, or the American Dream, or industriousness, or personal ambition. I’m sorry. Please don’t judge me.”

I have heard the same tone of reluctant confession coming from recent college graduates who are confronting a shifting job market and living at home, parents who have opted out of mainstream careers in order to homeschool their children, employees who have been laid off as a result of the economic downturn, and retirees who find themselves floundering when they are cut loose from a lifelong career identity.  Each of these people felt the need to apologize because his or her version of work did not conform to the dominant paradigm.

As a parent beginning a new school year at home, particularly if this is your first year of homeschooling, you might share that sentiment. Whatever your audience—family members who quiz your children on math facts over Thanksgiving dinner, the grocery store clerk who does a double-take when he sees you shopping as a family on a weekday morning, or the college admissions representative asking for your daughter’s class rank—you might find yourself needing to explain, justify, and validate your decision to center your children’s education at home.  “Well…”

I can sympathize. I have been the homeschooled graduate reluctant to tell new acquaintances about my educational background lest they see me as a stereotypical, unsocialized homeschooler. I have been the young adult with a master’s degree in literature who works at a winery. You might say I am well versed in answers that begin with the word “well.”

Knowing how many factors affect the educational and vocational choices today’s Americans make on a daily basis, I want to challenge the sense of shame we often feel when it comes time to explain what exactly it is that we do: our work, our job, our career, our calling, our vocation.  To do that, we need to consider three related questions: 1) What do we choose to value? 2) What does society acknowledge to have value? 3) When these two are in conflict, who decides what ultimately has value?

First, what do we choose to value? We make decisions about work and education for many different reasons. Young adults may choose to pursue a career with an uncertain financial outcome because it fulfills their true passion. When you decide to homeschool, you choose to do so despite the sacrifices required of your time and money. Leigh Bortins has written explaining how her family’s valuation of higher education is changing to reflect their belief in “work as a calling, a vocation, learned predominately through discipleship.”

That is one side of the equation, but it begs the second question: What does society acknowledge to have value? Shifts in the global economy are gradually broadening our definition of meaningful work, which is no longer limited to sitting at a desk for forty hours a week. Members of my generation are working part-time as nannies and tutors, serving coffee during the day and freelancing via Elance.com at night. Or, in the case of two innovative British students, selling advertising space on their faces in order to pay off loans (BuyMyFace.com).

Some people choose to become dissenters; however, departing from the norm is not a choice for everyone. For many in today’s economy, their positions have been eliminated or their departments downsized. Their work-related identities have been stripped rather than relinquished voluntarily. Even homeschool families are not exempt from this dilemma. Perhaps you are a dedicated homeschooler, but economic hardship has forced you to return to traditional work, so you are enrolling your children in public school for the first time.

“What are your plans for this year?” your homeschooling friends ask.

This brings me to the third question: When our choices or our circumstances come into conflict with social realities or society’s definition of a meaningful life, who decides what ultimately has value? Can we choose to derive our sense of purpose and value from something that does not rely on the whims of culture and the fluctuations of the economy?

For an answer, I turn to a man who wrestled with this same question under radically different circumstances. In 1520, Martin Luther delivered a treatise called “On the Freedom of a Christian.” In it, he reminds his readers that meaningful work(s) spring from one’s identity and calling, not the other way around:

The works of a Christian man, who is justified and saved by his faith out of the pure and unbought mercy of God, ought to be regarded in the same light as would have been those of Adam and Eye in Paradise, and of all their posterity, if they had not sinned. Of them it is said: “The Lord God took the man, and put him into the garden of Eden to dress it and to keep it.” (Gen. ii. 15.) Now Adam had been created by God just and righteous, so that he could not have needed to be justified and made righteous by keeping the garden and working in it; but, that he might not be unemployed, God gave him the business of keeping and cultivating Paradise. These would have indeed been works of perfect freedom, being done for no object but that of pleasing God, and not in order to obtain justification, which he already had to the full, and which would have been innate in us all.

So it is with the works of a believer. Being by his faith replaced afresh in Paradise and created anew, he does not need works for his justification, but that he may not be idle, but may keep his own body and work upon it. His works are to be done freely, with the sole object of pleasing God.

Ultimately, the most important thing is not what you do, but that it be deemed “well done.”