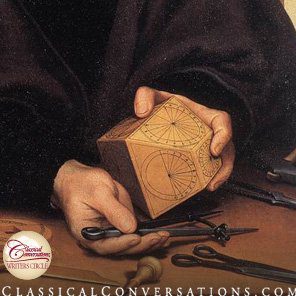 Many people loathe the idea of calculus. Even the name sounds tedious and difficult. Most people who have to take calculus in college will not use it on a daily basis. So why is calculus an important part of education?

One of the goals of classical education is to make sure that students have all of the tools needed to learn anything. There should not be any aspect of human knowledge with which students fear to engage. With this in mind, remember that many modern aspects of the sciences are based on calculus. If we allow calculus to be for “other people,” then we cut ourselves off from a large and very important part of human knowledge. Because most of the modern sciences are based on calculus in some way, knowing calculus moves us from being positioned as outsiders (people who lack the tools to engage) to being positioned as insiders (people who have acquired the skills to engage) with respect to  innumerable subjects.

Once students learn calculus, they do not, of course, automatically know everything there is to know about the sciences. Nonetheless, their knowledge of calculus does provide students with a significant basis for understanding the sciences, should they wish to do so. Calculus opens the door for further study.

In addition, calculus changes the way students interact with mathematics. Prior to calculus, most of mathematics is comprised of knowing and applying formulas. These processes are not absent from calculus, but calculus requires that students not only look at equations, they must engage with them as well. Students must be able to creatively interact with the equations and other processes in order to produce solutions. Thus, mathematics is no longer a spectator sport, but a hands-on engagement.

In physics, you learn how to calculate position from constant acceleration, with the equation x(t) = x0 + v0t + 1/2(at2). It is calculus that tells us why this equation is true, based solely on the meaning of acceleration. Similarly, calculus helps students move from the position of looking in from the outside to actually looking “under the hood”—that is, accessing the fundamental internal mathematical truths (many of which describe physical phenomena) of many scientific subjects.

Modern public discussions have become dominated by “experts.” I am all for expert opinion, but the purpose of having experts is for advice, not edicts. Nevertheless, experts often try to present their opinions, not only as iron-clad proclamations, but as also as being beyond the questioning of people who are not similarly skilled. Knowing calculus, while not being a panacea, gives people the strength of mind to have productive conversations with experts, in contrast to simply being the recipients of one-way lectures.

Therefore, to prepare ourselves and our students for engaging the world, I would suggest learning calculus. It opens up a whole new world of mathematics and helps us see the world from the inside, rather than the outside, from “underneath the hood” rather than from above.