Why Teach Algebra? Part One 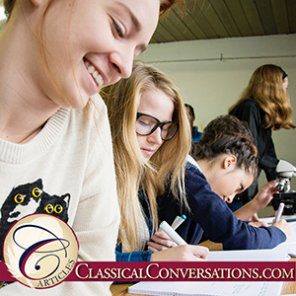 There has been a growing trend to say that Americans need less algebra education. In The Math Myth, Andrew Hacker argues that algebra and other upper-level high school mathematics like geometry and trigonometry are largely unnecessary for students and can even get in the way of students preparing for the life ahead of them. Hacker is not alone in his assessment. The chancellor of the California community college system, Eloy Ortiz Oakley, is trying to remove algebra as a requirement for non-STEM (science, technology, engineering, and math) majors. This idea has been getting play in outlets from the Huffington Post to the New York Times. I don’t disagree that there are problems in mathematics and the way that it is taught. However, Hacker’s solution of simply getting rid of it (or transforming it into a practical math course) is largely throwing the baby out with the bathwater.

I think that we first need to approach the issue of why we teach mathematics in the first place. The argument against teaching mathematics goes something like this: “very few people ever need to factor a polynomial for their job, so why bother to teach it to everyone in high school?” Let me first say that I agree 100 percent that most people, even in STEM fields, will never need to actually factor a polynomial to do their jobs. But that is not why it needs to be taught.

What We Teach When We Teach Mathematics

Now, I have no problem with training people how to use logic and reason when on a jury. However, the difference is that reasonable people can disagree over how to weigh evidence on a jury. In mathematics, we can actually show you how reasoning works concretely, definitively, and exactly, and in such a way that we can mostly evaluate your progress in this matter.

Being able to manipulate an algebraic equation is essentially the same as being able to abstractly manipulate thoughts. In other areas, however, there are enough rough edges as to be unsure whether or not your manipulations are sound. In mathematics, we practice sound manipulations of ideas. If a manipulation is unsound, you will get a wrong answer. Therefore, we can check to see if your reasoning process is correct. Students are trained that there are correct and incorrect logical ways to manipulate ideas. Students then know that failure to do the appropriate manipulation will lead to incorrect answers. If we teach students reasoning in other areas such as history, but don’t expose them to an area of reasoning (such as mathematics) in which they have direct feedback as to whether or not their reasoning and manipulation of facts are correct, then they may go through life with poor reasoning skills and not even know it.

An important reason for teaching mathematics is that it teaches students how to think rigorously. We teach basic algebra with Xs and Ys so that students know how to deal with unknowns. Basic algebra shows that naming the things you don’t know is very powerful. In the classic book, The Philosophy and Fun of Algebra, Mary Everest Bool says that the most important fact in any problem is the fact of our own ignorance. Naming our ignorance with X and Y allows us to include these things as part of the facts that we have to be logical about.

Upper-level algebra is about manipulating equations and expressions. Most of this is not practical directly, but it teaches students that there are rules for manipulating things, and these rules are not from someone’s own guesses, but instead extend from the laws of reason and logic themselves. If they don’t manipulate their thoughts correctly, they will get the wrong answer.

The processes of factoring and simplification in mathematics are important to anyone anywhere who performs a process. Knowing how to simplify a mathematical expression teaches you to simplify other types of processes. Knowing that having an 3x^2 and a -3x^2 allows you to cancel each other out encourages people to look for simplifications in other processes. Are there parts of this process which cancel each other out? If you know more advanced algebra, you know that there are rules for which 3x^2 and -3x^2 don’t cancel each other out (such as if they are parts of other complex expressions). Again, with a process, this teaches you to be careful when you simplify a process.

Likewise, factoring is important. I can’t remember factoring a polynomial in the twenty years I’ve been computer programming. However, I have refactored a computer program. I took a program, looked at its parts, and recognized components that can be brought out individually to make the program more clear and flexible. This is the same underlying skill as factoring polynomials. Every single time a process is reworked in any field, you use the same ideas as in factoring polynomials. The reason why we learn them in mathematics is that it gives students practice in a simplified environment which has definite right and wrong ways to do it. This allows students to recognize their errors more concretely, but build the mental pathways in their brain which can be used in every area.

Knowing the difference between commutative and non-commutative operations is also very important. In any process, knowing which steps can be performed in any order and which steps are order-dependent is huge. If you aren’t able to recognize that some things can be reordered and some things can’t (or need to be re-factored or manipulated in order to do so) then you are likely to create problems in any process that you are in charge of. Mathematics teachers and books should probably be more explicit in communicating the long-term practical analogs of these ideas to children. I think that would help solidify both the idea itself and its application. But to leave them out? That’s saying that we don’t want our children to reason well.

Why teach quadratics? If you don’t teach quadratics, then students start to believe that everything is simple and straightforward like lines. Quadratics show that, in life, sometimes the reasoning process is more difficult, but that doesn’t mean that there aren’t real right and wrong answers at the end.