Why We Love the Patterns 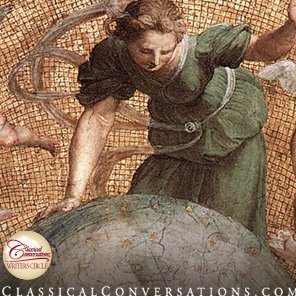 Cultural theorist Marshall McLuhan wrote in his 1964 book Understanding Media, “The mark of our time is its revulsion against imposed patterns.” I think it is fair to say that mainstream education today shares some of that revulsion. This generation likes to color outside the lines, sometimes without even acknowledging that the original lines exist.

“Why write poetry that rhymes?” we ask. Why perform a five-act play that follows the unities of time, place, and action? Why learn the sequence of Fibonacci numbers or Pascal’s triangle in math? Why sketch examples of symmetry in science, or study the tides, the ocean currents, or the orbit of the planets? Why practice thirds and fifths in music before pursuing innovative harmonies?

I am a strong supporter of innovation, of new forms, and of new interpretations of old ones. I think educators are right to encourage creativity among their students. However, in order to be truly creative and truly free, it is essential that we teach students how to recognize patterns in every subject they study—not just for the sake of utility, but for the sake of beauty and mystery as well.

Utility is, perhaps, the easiest of the three arguments to justify. A car mechanic has to know what an engine is supposed to look like in order to notice that a squirrel has chewed through the wiring harness. A plumber has to be familiar with the normal workings of a toilet in order to see that the flapper valve needs to be replaced. A neurosurgeon has to spend years studying the normal structures of the brain in order to identify the tumor in a CT scan.

Patterns are not solely a function of utility, however. They can be used to create beauty and pathos (emotional appeal), as well. Over Easter, I visited relatives, and on the way there, I was listening to the soundtrack of a musical. The story revolves around the loss of a child and the mother’s attempts to deal with her grief. At a pivotal moment, the mother finally sings about the tragic event. Listening, I was struck by one of the final lines of the song, which breaks off, incomplete. The mother sings, “Those weeks full of joy, / then a moment of dread / Someone simply said, / Your child is—”

This, in a nutshell, is the emotional power of patterns. I knew, as you probably did too, that the unsung word was “dead.” Because the rest of the song sets up the expectation of rhyme, we instinctively recognize that the last line needs to rhyme with “dread” and “said.” Context tells us what rhyming word is the best fit. In this way, the patterns of rhyme allow the lyricist to leave the final word implied, showing, rather than simply telling the audience that grief renders its victims speechless.

Moments like this remind me why it is so important to know grammatical rules, math laws, science facts, and linguistic patterns: so that we notice and pay attention when they are broken.

Parents sense when a child is sick because their love for the child has led them to observe closely his or her normal behavior. Children know when a beloved dog is limping because they have spent hours running alongside their pet. However, studying the ordinary not only equips us to recognize abnormality; it also prepares us to share in moments that are extraordinary.

Far from being a “boring” part of study, patterns are essential to the experience of wonder. Think about it—how would the magi have known to go to Bethlehem for the birth of Christ if they had not studied the stars on many ordinary nights? How would Luke, a doctor, have recognized the miraculous nature of Jesus’s healings if he had not observed many times the death of children, the devastation of leprosy, or the daily shame of a woman’s unchecked bleeding?

Being a student of patterns is no academic exercise. Rather, it is a way for us to apprehend the incredible mysteries of creation. When we see something that breaks an established pattern, we are drawn to it—drawn to understand it; drawn to question it; drawn to experience it for ourselves.

What if we made it our goal to cultivate that kind of love in ourselves and in our students, in every area of knowledge? Just imagine the beautiful patterns and exceptions we would have the opportunity to see.