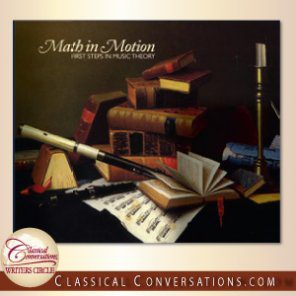 In the early 6th century, the philosopher Boethius answered the question “What is a musician?”[i] For Boethius, a musician’s task was to go beyond the ability to perform an instrument or compose a song. A true musician was one who was able to judge music for its appropriateness. Therefore, a musician’s responsibility or end goal was found in careful examination of music for the sake of harmony or order within civil society. Scholars and theologians today have dismissed Boethius’s view of a musician because of his overemphasis on the contemplative side of music compared to the practical. This elevation of music as philosophy or mathematics continued after Boethius, eventually nesting itself at the pinnacle of musical studies within the quadrivium of the medieval university.[ii] Unfortunately, we no longer view musical studies as connected to philosophy or theology. Part of the reason has been our failure to see music, like mathematics, as a study that makes objective claims on ideas like order, harmony, and wisdom. For us to reclaim music as something more than entertainment, we must be better students of history. Studying figures like Boethius becomes a privilege for parents and educators who care about their own children’s virtue.

Boethius, like Plato and Augustine, believed that music was vital to ethics. Music was seen as so influential it could be the undoing of a virtuous society if not approached with wisdom. Rulers and lawyers were required to study music in order to rule justly. Additionally, Boethius despised the Sophists’ use of music as entertainment and wrote against the Sophist practice of music. Boethius’ emphasis on the musician as thinker or philosopher was not so much a point of demeaning those who play instruments or compose songs. Instead, it was a way of addressing music’s primary purpose to accompany virtue and harmony within a society. In context, Boethius elevated musicians as thinkers because he condemned music as simply entertainment.

American society today, like the Sophists’ use of music in Boethius’ day, treats music as material gain. We use it and lose it all in the context of consumerism and instant gratification. If it sells, it must mean it has value right? The problem is that we have ignored a large part of our history that sought to understand music for the purpose of living virtuously. The morality in American culture has endured a consistent decline over the last few decades. We murder countless babies every year. We disregard God’s laws on marriage. The sex industry has never been more prolific. Divorce rates are spiking. Our children are constantly leaving the Church. And public education has never been so shameful. To think that these atrocities have nothing to do with our music and music habits is naïve. This is what Plato, Augustine, Boethius, and many others warned against.[iii]

As Classical Conversations pursues music education in the years to come, we want to recover the study of music in connection with understanding music’s appropriateness. The process of this recovery will not be quick and will by no means be perfect. Classical Conversations will be coming out with a Music Theory curriculum Math in Motion: First steps in Music Theory. The point of this curriculum is to help our children realize that there is more to music than mere entertainment. Music must be analyzed for its virtue. The first step in analyzing music with wisdom is to understand music’s theory. How does music work? Math in Motion will further push students to see music as something we should think critically about and ask questions about. The curriculum does not so much deal with music’s practical side as it does its theoretical side. This however does not mean we are exalting the theoretical over the practical. It means that within our current American context, our children need to be informed more on music’s theoretical side in hopes that this leads to understanding God’s wonderful purpose of music—the corporate worship of God’s people for the mighty God we serve.

Part of the importance of studying history is that we might learn from the mistakes of others. We do not learn these mistakes arrogantly. We learn them humbly while recognizing the temptation to pendulum swing from one mistake to another. God grant us the wisdom to continue this journey for the service of His kingdom.

[i] Boethius’ answer is found in his well-known writing De institutione musica (Fundamentals of Music) in which he draws a sharp distinction between the theory of music and the practice of music. This “Greek” distinction has loomed over Western thought on music up through the centuries influencing our present day.

[ii] It is well known that Boethius argued for a dualistic understanding of human nature where the body is seen as a distraction from the soul (Chapter 2, De institutione musica). This was more likely Boethius’ starting point for his view on music. And while we can and should dismiss Boethius’ dichotomy between spiritual and physical, there remains a need for Boethius’ view of a musician.

[iii] This is not to say that music plays a priority over our culture’s need for the saving grace of Jesus Christ. Of course it is the Holy Spirit’s work alone that changes the hearts of men and the Holy Spirit does not need music to change anyone. But the Holy Spirit does use music and therefore it is something that must be given more attention within education. Music is a gift that God has given to all man and therefore this gift is intended to bless all men. When it does not, it is because man has perverted the gift and uses the gift against its original purpose. As Christians, our mission is to reclaim God’s gifts for their original purposes in order to bless the nations.