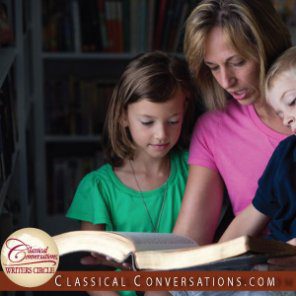 John Bunyan, the author of Pilgrim’s Progress, once said, “You can do more than pray after you have prayed, but you cannot do more than pray until you have prayed.” This seems obvious enough. It sounds like common sense, but Bunyan’s point is one that is often overlooked. When facing a trial, a struggle, or a need, the place to begin is prayer. He is encouraging his audience to begin at the beginning. Don’t move on to the secondary principles until you have completed the primary ones.

As Christian home educators, we would do well—in fact we can do no less, than to apply Bunyan’s maxim to our educational enterprise. There is a wide array of resources available to assist us in our endeavor. For each and every subject we include in our curriculum, there are dozens and dozens of vendors peddling their homeschool helps. We homeschoolers have created an industry, and I, for one, am glad that so many businesses are developing resources for our use. However, in the midst of so many available resources we are susceptible to forgetting Bunyan’s advice of keeping first things first.

If Christians begin at the beginning, we will remember that we are a people of the book, and not just any book. In the midst of all the choices, there is actually only one choice, for only one book contains all the books that were breathed by God himself. To apply John Bunyan’s advice to our situation, “You can study more books than the Bible after you have studied the Bible, but you cannot study more than the Bible until you have studied the Bible.” The Christian homeschool curriculum will contain more titles on the reading list than just the Bible, but it must begin there, lest it no longer qualify as Christian.

Another point to remember as we consider the preeminent place of God’s Word in our homeschool curriculum is that whether we are reading the very words of the Christian Canon or reading some other book, we never leave the Word of God behind. If we think that the only time we are studying God is when we are reading from the pages of the Bible, we are missing the point of Scripture entirely.

For example, when we study history, we are studying the actions of creatures made in God’s image as they live together on God’s good earth, as well as his hand of providence in those actions. Every man, woman, and child; every situation; every decision made; every word spoken or action performed is either in accordance to God’s will or against it. If we leave the Word of God behind when we open a history book, we entirely miss the point of studying history in the first place.

Through the study of history we see God’s providence unfold and his promises fulfilled throughout the generations of man. We see the world’s most powerful rulers, nations, and armies hold their kingdoms for a few lifetimes; we are humbled by humanity’s weakness and wickedness. By studying human rulers, we remember how good King Jesus is, how powerful he is, and how loving to lay down his life for sinners such as us. By studying history we are also inspired through great works accomplished by the most unlikely of heroes. We remember that God loves to do great things using seemingly insignificant people. We find entire empires converted through fearful prophets like Jonah, noble monks like Patrick, and unrelenting missionaries like Jim and Elizabeth Elliot. We remember that Christianity is always turning the world upside down, just like it did through the apostles long ago.

Another academic subject in the Christian’s homeschool curriculum would be science. When we study the earth, the weather, the rocks, the animals, the oceans, the fish, the sun, moon, and stars, etc., we are collecting and interpreting data from the handiwork of the One who created it all. Jesus made it all very beautiful and all very good. If we leave Him out of our scientific studies, we will miss the opportunity to praise him for his creation and miss his glorious purposes for it. If we forget his special revelation while investigating his natural revelation, we will miss seeing our place within it; we will miss the whole point of studying it.

When God said, “Be fruitful and multiply. Fill the earth and subdue it, and have dominion over the fish of the sea, and over the birds of the heavens and over every living thing that moves on the earth,” he meant it. He made us in his image with rational, creative minds, and five trustworthy senses, so that we could investigate, discover, analyze, create, build, and develop the world he placed us in. He invented science when he made us in his image, and then he gave it to mankind as a vocation.

The study of science results in more wonder-filled worshippers, but it also has practical benefits that can be used for the good of humanity. He intends for technology to relieve the burdens of mankind; he is the great Physician who loves to see sick people healed, whether miraculously or medicinally. He is also the one who loves to conceal a matter, so that kings can discover it. (Prov. 25:2) He is the God who designed Newton’s mechanics, Einstein’s relativities, and oddities of quantum mechanics. He loves both the particle and the wave so much that he decided to use them both—at the same time, somehow.

When we study math, we learn to speak the language of creation. From the smallest DNA strand to the largest galaxy, God decided to build them all based on the same ratio. I don’t know exactly why the Golden Ratio is beautiful, but it must be the case for God used it everywhere. He is also the God who wanted parabolas, ellipses, and fractals to be the basic grammar of his creative speech. And even though pi and most square roots are irrational, we can use them to measure much more precisely than we can imagine. He is the God who conceals; he is the God who reveals. He gives us predictable simplicity like 2+2=4, and he baffles the greatest intellect by placing gaps in an infinitely dense number line. How does he do both? He is one, and he is three. He is triune, and he loves to count. He has been from before the beginning.

I am listing examples of specific subjects, but in reality, there is not a single area of academics that can be excluded from the study of our Creator, Jesus Christ. When we study English, Latin, Greek, or any language, we learn to communicate with our fellow image-bearers, as well as with the Word himself. When we study logic, we learn to rightly use the rational mind that God has given us. When we write a story, we mimic the great storyteller. When we write a poem, we imitate the great God who wrote the first theology manual through a Hebrew shepherd whom he chose to be king. The study of astronomy is the unbelievable act of measuring that which we cannot reach. The stars defy our grasp and ultimately our count, but they can be understood; they can be measured; they do declare the glory of God. The list goes on and on, for whichever academic focus we choose, we are either studying God directly, or we are studying him indirectly through something he has made.

Concerning prayer, John Bunyan’s maxim reminds us of a simple, yet indispensable truth—we must begin at the beginning before we can ever move on to more. If we apply it to the Christian homeschool curriculum, we must begin with the book that begins, “In the beginning.” We begin with God’s Word; we end with God’s Word; and as Christians, we apply the truth of his Word to everything in between. And what we find in between is a cosmos filled with wonders, from the inconceivably large, to the imperceptibly small, to the person sitting across the table from us, we find God’s goodness, truth, and beauty displayed in his creation—a creation that cries out, yea, yearns for the day of redemption. And we are a people most assuredly blessed that Jesus Christ has come to make all things new. Through the study of God’s Word and the study of God’s world, we can better fulfill the purpose of education—to love God with all our heart and to love our neighbors as ourselves.

Epilogue: You, my dear reader, are an image-bearer of the eternal, triune God. He gave you a body, a soul, and a mind, all three of which need to be nurtured, cultivated, and pruned if you want to grow into a beautiful, fruitful vine. No matter where you are in your lifelong, educational journey, there is always a step forward to be made. Below is a list of resources that I have read over the past few years that have opened doors into the glories of God’s creation, which, at the time, I didn’t even know existed. I commend them to you and pray you will be greatly blessed as you discover more of God’s goodness, truth, and beauty through his Word, his world, and his Son, Jesus Christ.

Echo in Celebration, by Leigh Bortins

The Core, The Question, & The Conversation, by Leigh Bortins

Angels in the Architecture, by Douglas Wilson & Douglas Jones

Leisure the Basis of Culture, by Joseph Pieper