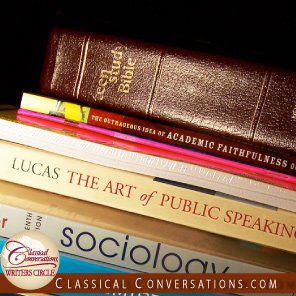 I help high school students find colleges that suit them well. That is what I do and I like doing it. It is especially rewarding when I feel that I have assisted a student who is a family member or close friend of mine. I had the opportunity to help with a young man from my church’s youth group during the past year. I want to tell you more about him. For the purposes of this article, we will call him Kade. Also, that is his name.

Kade’s parents were a little concerned last year. Halfway through his junior year Kade seemed in no hurry to take the ACT or SAT and he told his parents that he did not think he would go to college right away. He had scored a twenty-seven on the PLAN test as a freshman. That made his chances of scoring a thirty or higher on the ACT very good indeed. There are lots of options that open up to young people for scholarship, admission to the more selective schools, and so on, when they are in the thirty-something ACT range. The trouble is, you have to actually take the test to score in the thirties.

I sat at a table with Kade and his parent a year ago and told my stories of fabulous scholarships to highly selective schools. I figured he would see things my way pretty quickly and at least consider going to college right after graduation. As the icing on the cake, I told him about a deal I had helped broker for a family that enabled their student to gain admission into a prestigious private school for very little money with an ACT score of twenty-six. The parents smiled and nodded as I made my pitch. I was fairly certain Kade would register to take the ACT right away. I was fairly certain he would start to visit colleges. That was not how it went down.

Very slowly over the course of the past year, I am seeing a new and refreshing view of what a young person might do after high school. Kade decided last year at a youth conference that he wanted to be a traveling missionary. He is not given to frequent flights of fancy. Colleges, the national tests, and his post high school career have proven no exception. This young man knows what he wants to do and he is unwavering.

I have not given up on convincing Kade to take the ACT. There is no better time than shortly after completing calculus and trigonometry to take these tests. However, to date he has not signed up to take them. It has been so refreshing for me to see a young man certain of his calling at seventeen years old. I think he might take the test yet, and although I suspect he might end up there someday, I am relatively certain he will not be on a college campus next fall. I am fairly sure this young man will be a missionary to a foreign country soon after graduation; I have not seen that kind of calling very often.

This has been an educational experience for me.