“American Culture” Is an Oxymoron 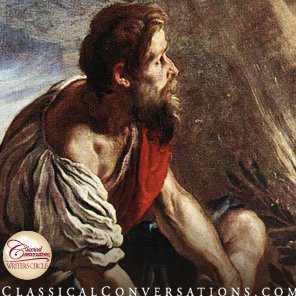 I suggested to my wife that “American culture” is an oxymoron. I was contemplating making a list of thought provoking oxymorons; “modern education” and “liberal enlightenment” would be on the list. Deanna disagreed with my claim that there is no such thing as American culture, so I had to admit that I was using the term “culture” in a somewhat esoteric sense. Additionally, after a coworker questioned the similar claim in my recent Doctor Who article (namely, that we live in a “culture” without heroes), I realized that explaining why “American culture” is an oxymoron could be the topic of an article in and of itself.

In my last article, “Doctor Who: an Ancient Hero for the Modern Day,” I established the term “hero of song,” which I defined as a figure who is revered not so much because of what he does, but because his essential struggles are the same as ours—in other words, the monsters he faces and the sacrifices he makes are symbolic of the “monsters” and sacrifices in our own lives. Much more could be said, however, about the phenomenon of the hero of song.

Heroes of song provide a sort of framework to which we can relate our own triumphs and tragedies. This carries two personal benefits. First, the hero’s example can inspire us whenever we are facing a similar dilemma. Second, and more importantly, we can learn from his story that our struggles do have meaning.

Lots of heroes suffer without knowing the meaning of it all, because they are inside the story. However, because we readers know how the story turns out (we know that the hero’s suffering leads to a happy ending, or that his death turns the tide of battle, or even simply that his death is a noble thing), we know that his suffering is “worth it.” By extension we can infer that there is meaning in our own troubles. I would argue that this is what a myth is: a framework which renders visible the meaning in our own confused circumstances.

There’s another effect of heroes and myth. Cultures don’t just have heroes of song; cultures depend on them for their existence. Without myths, a culture does not exist. (Note that while this is, perhaps, an outgrowth of the personal benefits mentioned above, it is, undoubtedly, something more.)

The word “culture” means “following.” A culture is a group of people who, be they ever so diverse (economically, politically, racially), all follow some common set of ideals. These ideals are personified in the cultural heroes. For example, the labors of Theseus did not simply provide personal comfort to Athenian individuals, they summed up what it meant to be an Athenian—the meaning of life in Athens—namely, to stand against lawless and dishonorable people. A culture’s heroes signal, both to us and to children growing up in that culture, the meaning of life there and the kind of people they are: their values, what they’ll sacrifice for their values, and the ways they are likely to fall. A hero commands a following—a cult or culture—of people who believe and behave as he does: the integrity of Regulus demonstrated what it meant to be Roman; the nobility of Arthur, to be English; the fire and meditativity of the Prophet—mingled in good measure—demonstrate what it means to be Arab; the gentleness of Guatama, to be Buddhist; and Kahless’ outrage at Morath, to be Klingon. Writers know that even fictitious cultures need their own heroes of song in order to define what they’re “about.”

The problem with America in general—not in every family dwelling in America, and significantly less in homeschooling American families I have known—is that we have “personal” heroes, or in other words, we’re interested in heroes only for the inspiration they provide to us personally, and not the values-embodiment seen in the heroes above. We want heroes with whom some people can relate, but who don’t make any claims that the rest of us have to follow. Personal heroes don’t sum up the meaning of being American, nor the meaning of being anything else—except possibly being one of their fans. The quality of being American is not embodied in any recognizable icon.

The Founding Fathers might seem like examples of American cultural heroes. Their pictures are on our money, after all. However, the truth is we’re able to depart from their examples and still be American. Today’s liberals are quick to dismiss all of them as a bunch of slave owners, and today’s conservatives are just as quick to dismiss their views on banking and foreign policy. (Either side might point a finger at the other and say that they’re not “real” Americans, but if the essence of America is freedom of belief, then both are, in fact, equally American.) The Founding Fathers’ beliefs are not studied and followed the way a Muslim studies the sayings of the Prophet, or a Klingon the deeds of Kahless, because, frankly, we don’t care about being like the Founding Fathers. We care about being us. We don’t need cultural heroes, because we don’t need anyone telling us what’s important in life. Our attitude is essentially that “I’m my own person—I pick and choose my heroes as I see fit.”

To be a Roman was to follow the example of Regulus, Romulus, and the Horatii, but to be an American means to follow only the example of whomever you feel like following. Deciding who the heroes of America are has become a matter of opinion—the men who upheld the America you believe in—which simply makes them personal heroes. Thus, while American individuals are followers of one person or another, there is no general American following—in other words, no culture.

Of course, the general attitude Americans have—the individualism, the do-as-you-like-ism—might be called a culture. If this, indeed, is our culture, then Hugh Hefner, Jim Henson, and Lady Gaga are all heroes of song. Yet, can our Burger King mentality, where no choice is inherently better than another and personal preference is the only standard, accurately be called a culture? If a culture is an entity to be followed, can the idea that we need follow no one except ourselves really be called a culture? What America has are millions of mini-cultures—each man a culture unto himself. We might occasionally find a “culture” among people who like the same music or who vote the same way, but these only amount to common interest groups, not to being American.

Consequently, our situation (all too often in the church, as well) is that we have to decide for ourselves what it means to be American. Or Christian. Or male. This is not to say that everyone has decided on bad answers to these questions. My point is that when your social situation forces you to figure out for yourself what it means to live in a place, a culture is the one thing you don’t have—any more than a man living alone in the desert has a culture.

However, as I said in my Doctor Who article, Christians are blessed with heroes of song—in the Bible and in our rich tradition—and with knowing who we are. Yet, we could afford to be better acquainted with our culture. We could study the stories of the martyrs and the saints to more fully understand what it means to be Christian. We could study the characters of Christian literature—Arthur and Aligheri—to find out what it means to be Christian. If we don’t, then we have nothing to lean on, but our own understanding of the Bible—and my understanding is seriously flawed. We Christians are in danger of committing the same error that Americans in general are committing: trying to figure out for ourselves who we are.

I know for a fact that there is a lot more liberty in knowing who you are than in spending your life trying to figure it out.