Doctor Who: an Ancient Hero for the Modern Day 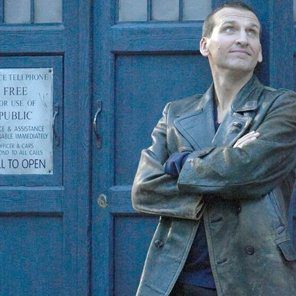 I know I’m a few years late on this one, but as history’s longest running science fiction TV series becomes even more of a cultural phenomenon, I thought I’d offer a critical perspective on what makes Doctor Who significant to classically minded people.

A quick disclaimer: Classical Conversations is not in the business of recommending movies and TV series for your family to watch—nor of recommending that you watch movies and TV at all. What is right for your family to watch is a decision only you can make. I bring Doctor Who to your attention not to encourage you to watch it, but to inform you of a cultural phenomenon that is well worth knowing about.

Doctor Who is a British television series that began in 1963 and is still running today, for a total of thirty-three (not quite consecutive) seasons, and 789 episodes at the time of this article. It concerns the exploits of an immortal, alien, time traveler called the “Doctor,” who explores the wonders of the universe and of history itself in a telephone booth-shaped spaceship that’s much bigger on the inside than it appears to be from the outside.

Perhaps because of his own human appearance, the Doctor has a special affinity to our species. We experience his adventures through the eyes of his human traveling companions: ordinary-seeming individuals whom he happens across, and to whom he offers the ride of a lifetime.

Episodes often feel as different from one another as the tales in a science fiction short story anthology. This gives the show a diverse dramatic range, able to pull off episodes with a swashbuckling feel, a mystery edge, even a touch of horror, alongside those that are truly touching.

One thing which requires explanation when talking about a show that’s been on the air this long is also one of its most creative concepts. The Doctor’s species has the ability to regenerate their bodies if they become mortally injured. Eleven different actors have played the Doctor, allowing the show to survive the decades, while also allowing the writers to present any number of dramatic (and moving) “death” scenes without really killing the main character. This makes it, as far as I know, the only franchise that has managed to embrace recasts as part of the overarching story.

The Doctor is a man who topples tyrants wherever he goes, offers help and healing to everyone, and encourages the best in everyone he meets.

The most remarkable thing about Doctor Who is that it takes place inside a genre of science fiction that, to my knowledge, has not been tried before, something I’ll call “B-movie science fiction.”

In the early days of filmmaking, science fiction movies were almost always relegated to the B-movie: the part of a theatrical double feature that ran secondary to a more serious, better produced A-movie. This was a position it shared with superhero stories, westerns, monster movies, and the like. Science fiction looked cheesy because the writers who were good enough to make a living writing A-movies weren’t touching it, and studios were unwilling to spend much on a genre that was largely intended for adolescents.

The imagery of the B-movie, a breed of sci-fi that revolves around cheesy set pieces and maniacs who want to destroy the world for no particular reason, has remained recognizable in our cultural consciousness. The writers of Doctor Who seem to have asked themselves why that sort of science fiction couldn’t be done purposefully, and be used to tell stories about characters who have values and feelings. As a result, the series is a bit of a new creature among science fiction styles—mad scientists, trash-can robots, and killer mannequins familiar to us from the B-movie days—coupled with good dialogue and character development. It is the B-movie “done right.”

All of these features make Doctor Who unique as a piece of television writing. What makes it significant goes much deeper.

A Hero of Song

Ancient cultures had myths of heroes whose deeds summed up cultural values. These were not merely heroes who had done exciting things, but whose triumphs and tragedies were iconic enough to sum up the human experience (this is the definition of “myth”). These heroes were icons: not merely in the modern sense that they were widely recognizable, but in the sense that they were figures who embodied certain ideals. We might label such figures “heroes of song.” Such heroes are powerful because their stories are of a sort from which we can find comfort by relating them to our own struggles.

The difference between the hero of song and the typical TV hero is profound. We might admire sci-fi TV characters such as Fox Mulder or Jean Luc Picard for the virtues they possess (when I was a child I know I aspired to be as manly as William Riker and as resourceful as Geordi LaForge), but in the end their stories are not terribly relatable to our own. Our lives rarely put us into situations where we can immediately look to these men as sources of inspiration. TV does not usually give us the hero of song: the figure whose triumphs are, essentially, triumphs we ourselves can aspire to. TV tends to give us paperback heroes whose otherworldly adventures are the most interesting things about them.

It is in this way that the Doctor is distinctive among television protagonists. It is he and his beliefs, rather than his adventures themselves, that are the appeal of the show. He believes that love and courage are the most powerful things in the universe. He rejects the idea that there is any such thing as an “ordinary person,” and brings out the best in those around him simply by leading them in doing what is good and strong. He always puts his own life at risk and hesitates to sacrifice even the life of an enemy. He stands against injustice, but is reluctant to use violence, offering redemption to the worst of the bad guys.

This is not to say that the Doctor never makes a mistake, never loses control, nor that every one of his beliefs is biblical. It is to say that he is a person whose essence goes beyond any of the TV episodes he appears in (or any of the performers acting him out). This is a TV show whose main character would come through just as clearly if the episodes were retold verbally. The reason for this is that Doctor Who has created a different kind of hero than has ever (to my knowledge) appeared on TV before. The Doctor is a figure of mythic stature.

Why is it significant?

There is a thought-provoking moment in the online corpus of crass sketch comedy known as College Humor, in which a modern college student has an elf girlfriend who sings a ballad of one of her culture’s heroes and then asks to hear a song of his “people.” He hems and haws, and then tries to sing the plot of a Vin Diesel movie, rather than admit our people’s obvious cultural deficiency: we do not have heroes of song.

Christians are, in fact, blessed with heroes of song, and we are able to muster the figures of David, Hannah, and Christ himself to give our everyday struggles meaning. However, for the most part our culture has chosen personal heroes to whom we relate individually, but who do not sum up any values to which the culture at large is bound to submit. We live in a world that is largely without icons.

This is why it is significant that a television show would attempt to give us one. You could argue that you don’t like the way that the show is done, or that it relies too much on symbol and not enough on realism. My point is that, regardless, the Doctor is a more relatable and inspiring kind of character than most other TV characters purport to be. I hope his recent popularity in America prefigures a maturation in our TV writing.

I would be proud, if an elf asked me for a song of my people, to hold up the Doctor as a man who has suffered and sacrificed for many of the things that I hold dear.