But I Did All the Hard Work!! 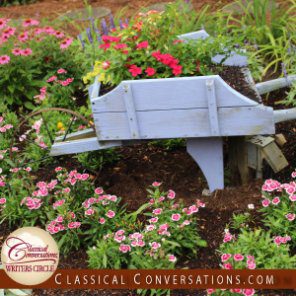 But I Did All the Hard Work!!
by Brian Tonnell

For months you have been trying to hammer into your child’s head the fact that completing the square requires dividing the middle term by two and then squaring it to find the third term. Over and over you practice with him, and over and over he just does not get it. Then one day, he comes home from his Challenge class and says, “Mom! Dad! Guess what I learned at school today? I learned how to complete the square!” Aaaargh! It seems a bit unfair that you have been laboring to get this math concept through his thick skull, only to be preempted by someone else who finally switched on his light bulb.

But isn’t life like that? It is not uncommon to be approached by someone who heaps compliments upon me regarding my children. My response is generally, “Are you sure you’re talking about the same children that I sired? Because, at home, I’m not seeing the pattern of behavior you acclaim in your compliment!” Apparently, when children are around someone other than their parents, their behavior is sometimes different, sometimes better!

There is an observable phenomenon that occurs when your children escape from under your ever-watchful eye. They begin to act like independent humans. Not always, mind you. But it happens. At some point, and I am sure you have seen it, they become somewhat anesthetized to our words, to our prodding, to our teaching. At some point our words and example become rote, even tiresome to them. They seem to become immune to our nudging, our poking, our pleading. And they may even seem to reject our words. But maybe that is okay. Maybe that indicates they are struggling to own their own beliefs and convictions rather than just copy ours. As parents, we should do everything we can to raise our kids in God’s Word, His will, His love. If we have done this, they will not depart from it as they grow older and become more and more independent.

If this phenomenon works for academic and behavioral scenarios, should we expect any different in spiritual scenarios? I think not. I learned this lesson recently when my son returned from TeenPact. He had a life-changing experience there; God definitely poked him in the chest and taught him an enduring truth. I had been trying to hammer this truth into him for years, but my words seemed to fall on deaf ears. What I did not realize until now was that all those years were not wasted. In fact, all those years represented the toil of preparing the soil and actually planting the seed. It seemed like I did all the hard work, but it took a young TeenPact staff member to harvest the seeds. And now, I have a son who is more spiritually mature than I could ever have hoped for.

So…someone else harvested the seeds I worked so hard to plant. Is this fair or unfair? Should I be frustrated or overjoyed?

36 And he that reapeth receiveth wages, and gathereth fruit unto life eternal: that both he that soweth and he that reapeth may rejoice together. 37 And herein is that saying true, one soweth, and another reapeth. 38 I sent you to reap that whereon ye bestowed no labour: other men laboured, and ye are entered into their labours (John 4:36–38, KJV).

So, do not be surprised (or dismayed) if someone else harvests the seeds you have sown! Do not feel betrayed. Do not feel that the years spent struggling to get life’s lessons through your children’s thick skulls are wasted, especially when some stranger comes along and reaps what you have sown. This is a good thing; this is a biblical thing.