The Purpose of Challenge I Debates 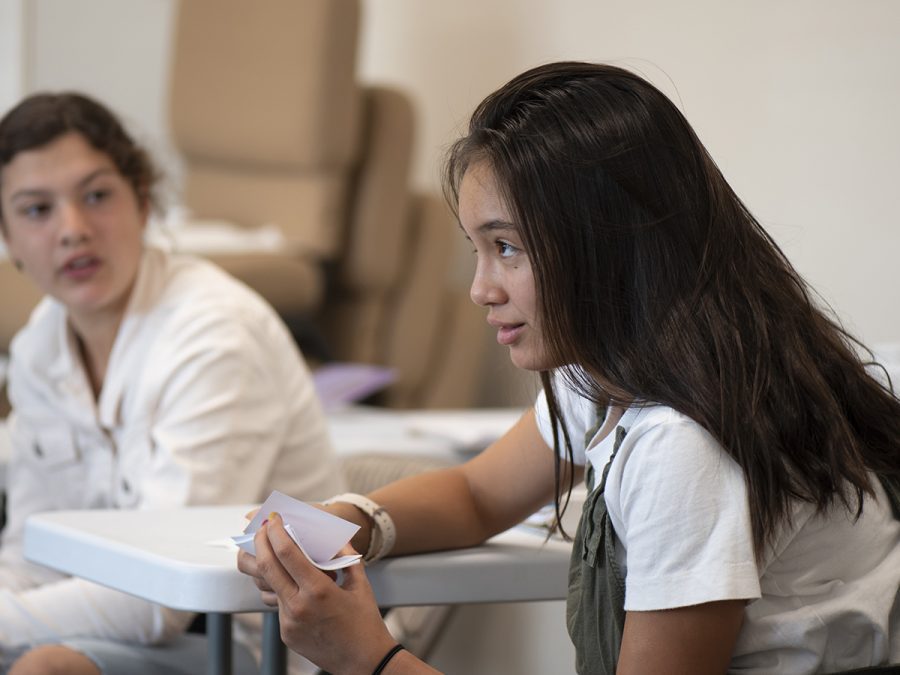 As Challenge I students wrap up the fall and spring semesters, they prepare for and engage in formal debates with their peers in front of their parents, Director, and parent-judges. For those of you who are new to Classical Conversations and your students are entering Challenge I next year, here is a brief overview of what these debates are all about and why this level of the Challenge program focuses so heavily on debate.

What Are the Challenge I Debates?

In Challenge B, students begin practicing the skill of debate during Mock Trial, an intensive yet worthwhile project. Then, when they enter Challenge I a year later, students are ready to practice debate in more detail.

Thus, rigorous debate projects cap both the fall and spring semesters in Challenge I. In the first semester, students practice debate using American Government as their subject. In the second semester, Free Market Economics takes the focus.

In both the fall and the spring, students read primary source documents from key historical figures. Applying the basic principles learned about government and economics in each semester, respectively, Challenge I students then form two teams with their peers in their local community to practice debating public policies in the fall and current economic issues in the spring.

What Students Learn From Challenge I Debates

As its own strand (i.e., one of the six core focuses throughout the Challenge levels), Debate is very important to us at Classical Conversations. We believe that by studying and practicing debate, students learn a variety of valuable skills that will help them become more effective communicators in college, careers, hobbies and passions, and personal relationships. So, what exactly do students learn from studying and practicing debate?

1. Students Will Hone the Five Canons of Rhetoric

At Classical Conversations, our programs emphasize tools of learning originating in the classical model of education. These tools can be categorized into the Five Core Habits of Grammar, the Five Common Topics of Dialectic, and the Five Canons of Rhetoric. Collectively, these 15 tools can be used to learn any new subject effectively.

If your student learns nothing else from studying debate, they will be introduced to the art of rhetoric by practicing the Five Canons. These are invention, arrangement, elocution, memory, and delivery.

Rhetoric is all about persuading others toward truth. And as students prepare for and engage in debates with their peers, they will improve these five skills that pave the way for them to become clear, persuasive communicators — both in written and verbal form. They do this through researching, crafting, styling, memorizing, and presenting their arguments in community debates. If you’re interested in reading more about the Five Canons of Rhetoric and how your student will apply these tools throughout the Challenge program, check out this detailed guide.

An essential skill that students develop as they learn how to debate is the ability to not only listen to but also understand different perspectives, opinions, and points of view.

This teaches students two things. First, by having them research and craft an argument for an opinion they might not necessarily agree with, they understand how people may have come to actually hold that opinion in the “real world.” Second, the students are encouraged to keep an open mind about current issues in government and economics so they can come to their own conclusions about what to believe once the debates are over, whether is a strengthening of their previously held convictions or a change of mind.

Understanding multiple perspectives and their supporting arguments is a necessary skill to have as classical students and as Christians. To convince others of God’s objective truth, we need to be able to know and sympathize with where others are coming from in their beliefs.

Although Logic is its own strand throughout the Challenge program, it’s naturally practiced during students’ studies of the other five strands, including Debate in Challenge I.

For example, in order to create a compelling argument to deliver in front of their Director and peers, Challenge I students must apply the principles of sound logic. This will also help students use logic in other subjects, whether in solving a math equation or walking through the steps of the scientific method. Indeed, using sound reasoning to persuade others toward truth is just one of the many reasons why students should study logic.

4. Students Will Work Together as a Team

The Challenge I debates in both semesters are not individual exercises. Rather, by having students work in groups, they must learn how to operate as a team.

Like all the skills learned in these debates, the ability to work in a team is necessary to succeed in other areas of life. So, Challenge I students must learn to communicate clearly not only when delivering their arguments on presentation day, but also when preparing their arguments with their other teammates. They must learn to speak up when they have a good idea, to be humble when a teammate’s idea is better than their own, and to work together to achieve a common goal.

Debate is a core focus of all six Challenge levels. Clearly, we must have a good reason for emphasizing it in our middle and high school level program. In addition to encouraging students to develop the skills listed above, debating is important because ultimately it encourages students to seek out and defend truth.

Throughout the Classical Conversations programs, students practice the three classical arts of grammar (retaining information), dialectic (understanding information), and rhetoric (communicating information). Debate is all about rhetoric, the third classical art. And so, by practicing the Five Canons of Rhetoric mentioned earlier through their Challenge I debates, your student will learn how to be a good debater and to seek and defend truth.