Did the Science Department Get the Memo? 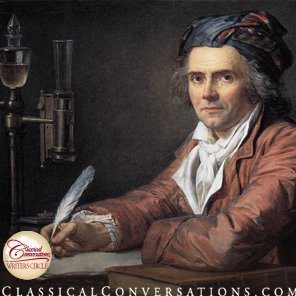 A great benefit of speaking and hosting an exhibit at homeschool conventions is the opportunity which such an event presents to hear, firsthand, homeschool families share their experiences with Christian higher education. Many of these stories are inspiring and informative, but every once in a while you hear one that makes you cringe.

Such a story was relayed to me by a mother and daughter about the daughter’s first semester at a well-regarded Christian university. This young woman was attending the university for the purpose of achieving a nursing degree. Such a degree obviously requires biology classes. While taking her first biology class the students were asked by their professor to raise their hands if they “had a problem” with evolution. As you might expect at a Christian university, most of the students raised their hands. The professor then warned the students whose arms were extended that if they still believed thusly at the end of the semester, they would fail his course.

This story is one young woman’s account. It is pretty specific, however, and it was not in reference to “micro evolution.” Nearly true to his word, the professor gave the young woman a “D” for his class. The young woman now attends a different Christian university.

I have had the privilege of meeting with leading administrators at hundreds of universities, including many Christian universities. I have heard school mission statements from presidents and admissions departments at these schools. As a marketing consultant, it is usually one of the very first questions I ask. The problem is that these mission statements are not always in harmony with what I hear from the instructors.

Such incongruence is not rampant, but it is prevalent and it is not confined to science departments. I think most of us understand that evolutionary theory must be taught at our Christian universities if we have the expectation that our students will go on to succeed in many fields. I have not encountered too many homeschool families who have a problem with that. I have encountered many, however, who have a problem with our Christian schools sending mixed messages.

The message we may want to communicate to these schools may be: Most of us applaud your university for taking a stand and setting itself apart for the purpose of educating future Christian leaders. We love that “decidedly Christian” is your mantra, but did the science department get the memo?