What a piece of work is a man, how noble in reason, how infinite in faculties, in form and moving how express and admirable, in action how like an angel, in apprehension how like a god! The beauty of the world, the paragon of animals—and yet, to me, what is the quintessence of dust? (Hamlet II.ii.303-308)

When you read this, do you hear echoes of King David’s question from the Psalms: “What is man that you are mindful of him, the son of man that you care for him? And yet, you have placed him a little lower than the angels and crowned him with glory and honor.” If you find yourself asking how God can be found in Shakespeare or why Christian parents and students should study Shakespeare, then one answer is that all literature can be used to examine Christian beliefs—to find God and remind our understanding of Him. So, perhaps the real question is, “Why should Christians study literature?”

Why should Christians study literature?

In Brightest Heaven of Invention: a Christian Guide to Six Shakespeare Plays, Peter Leithart addresses this. He explains that “Scripture itself is a literary work, and while it is a unique book in being divinely inspired, it also uses a variety of common literary types or genres: poetry, narrative, epistle, prophetic vision.” God calls himself the “Word made flesh,” which means that all Christians should be intensely interested in words. God tells us His Story with words and weaves our lives into stories.

Why should Christians study literature other than the Bible?

This leads to the next inquiry: “Why should Christians study literature other than the Bible?” One answer is that through literature we explore the significant questions related to leading an examined Christian life. As we train our students to develop the Christian worldview, we must consider many themes: charity and good works, history, science, politics, love, courtship and marriage, friendship, and government. Reading excellent literature allows us to explore these ideas in depth.

Furthermore, we study literature to learn vicariously. Through empathy and imagination, we experience someone else’s life: his or her joys and sorrows, successes or failures, poor and wise choices. Our children cannot have every experience in this lifetime; quality literature broadens their horizons and enables them to ponder the moral choices of others.

Why should Christians study Shakespeare?

Finally: “Why should Christians study Shakespeare?” A culture is woven by common references, by what its members read and know. In previous generations, Western culture was tied together by two classics—the Bible and Shakespeare. As a student at a state university, I was the undergraduate representative on the curriculum committee. I was astounded that one of the questions we discussed was whether to require a course in Shakespeare in order to earn a bachelor’s degree in literature. To me, a naive student, the answer was an obvious, resounding, “Yes!” However, reading the “old” classics is not popular in today’s academic climate; the resolution failed, and students were deprived of the master playwright and his wisdom.

Last year, I had the privilege of luxuriating for an entire year in Master Shakespeare. With a group of eager high school students, I plunged into the beauty of his language, the range of his characters, and the profundity of his expression about the human and the divine. We mulled over Christian kingship through Henry V. We put Hamlet on trial for murder, an exercise which required us to carefully weigh the speech and actions of each character.

With Julius Caesar, we reflected on the qualities of a good ruler and the proper response of his subjects when he oversteps his authority. We had rich discussions about friendship as we scrutinized Brutus’ treatment of Cassius. We delved into issues of courtship, the qualities of a godly spouse, and the foundations of a solid marriage while pouring over Much Ado About Nothing. These are the conversations which nurture our children’s souls.

We contemplated the consequences of sin as we studied Macbeth. We discovered many connections between Macbeth’s philosophies and modern philosophies as he sought to escape judgment and ended by believing that life is “a tale told by an idiot, full of sound and fury, signifying nothing.” We were grateful to know we live a life narrated by the Omniscient Creator, full of force and meaning, ultimately signifying everything!

Shakespeare’s works present us with an image of flawed, yet glorious, humanity. His characters face the full measure of consequences for their actions, and he continually reminds us of the dual threads of judgment and grace in our lives. 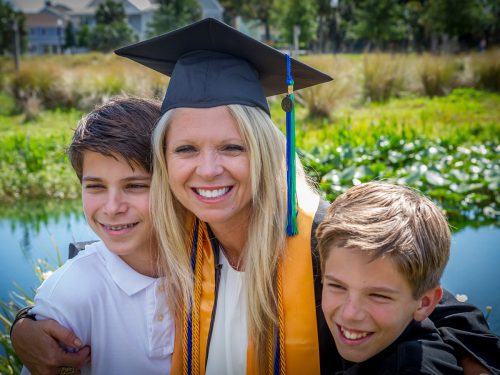