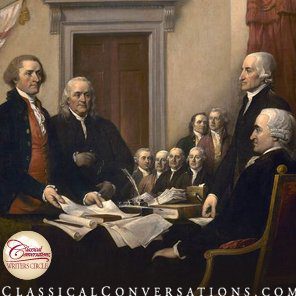 Independence Day provides an opportunity for us to reflect on our nation’s founding principles. Our government has become so expansive and extensive, we can lose sight of the real purpose of government.

I have wondered why humanity creates governments anyway. All governments have the power of coercion and force. Why would such institutions be created? The Founders asked such questions and sought to create a system that would minimize the evils of government and maximize the opportunities of citizens.

In the Declaration of Independence, the members of Congress described the role and purpose of government. They began with truths so old, so apparent, that they needed neither explanation nor defense.

Further, when a government works against these rights, “it is the Right of the People to alter or abolish it…” And so the American Revolution was justified on this basis. British rule had become so intrusive, so oppressive, that it worked against the freedoms that government should protect.

After a few years under the Articles of Confederation, the United States decided that they needed a more comprehensive system of government. The U.S. Constitution with the Bill of Rights became the supreme law of the land. The document calls for a system of limited government with authority shared among three branches of government. The Founders understood the corrupting influence of power and sought to keep government leaders accountable. All the branches of government would have built-in limitations. The Founders realized that governments naturally grow, seizing more and more power. This new government would have only specified powers, and all other powers would belong to the states or the people. Corruption would have its limits as power had its limits.

In the 237 years since John Hancock signed the Declaration of Independence, prevailing ideas about government may have changed. The “new” ideas give more power to government and ignore the probability of corruption. Today’s popular culture would include the following as guiding principles for government.

These well-intentioned powers of government tend to work against the very freedoms that governments should protect. In other words, this new philosophy is actually the ancient philosophy of government as benefactor. In order to fulfill such a role, government defines fairness, seizes assets, and distributes them accordingly. Tragically, this philosophy makes government sovereign—the entity that endows its citizens with specified, arbitrary rights.

It is time for our country to wake up and return to freedom. God has endowed us with these unalienable rights. Our Founders were willing to fight for them.